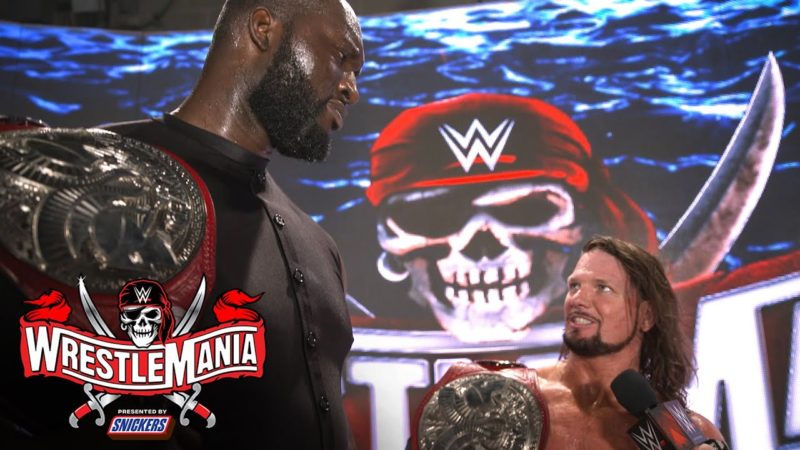 AJ Styles and Omos had won the WWE Tag Team Championship at WrestleMania 37 after they defeated The New Day. But, shockingly enough they haven’t made their appearance as the champions on Monday Night Raw.

Real reason why AJ Styles and Omos were absent?

However, it was on WWE’s show The Bump, they had made their appearance. They went on to discuss about their absence from Monday Night Raw.

They revealed that after winning the championship they wanted to celebrate. Thus they have been patrying in Nigeria. Vince McMahon ‘Pulls’ AJ Styles For Bad Reason

There have been many speculations going on over their absence from the flagship show but as it turns out Styles or Omos was not cleared to wrestle after their match at WrestleMania.

“AJ Styles & Omos noted that they had been ‘partying in Nigeria’ of late on The Bump and that’s why they haven’t been on WWE Raw. Ahead of WWE Raw After Mania, Fightful was told that at least one of the two simply “wasn’t cleared” and that’s why they hadn’t appeared. The two claimed they’ll be on next week’s show, but have barely been mentioned on TV.”

The tag-team champions are set to make their comeback on May 3 edition of Monday Night Raw.