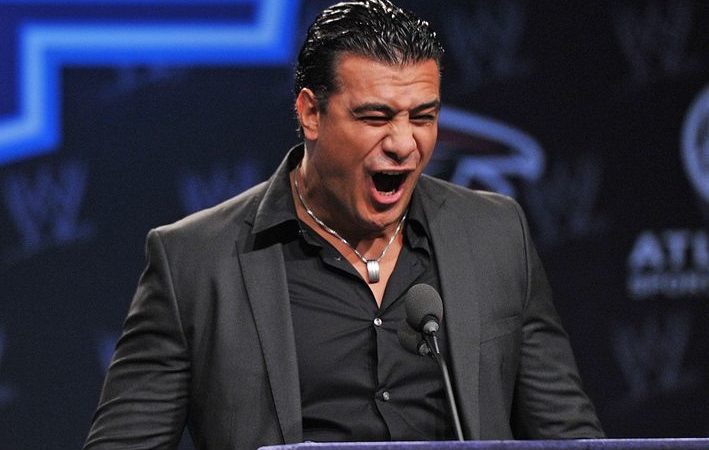 Alberto El Patron seems to have made another error in judgment today. Patron has had a few rough years in the wrestling world, leaving the WWE twice on bad terms, along with a handful of personal problems outside of wrestling.

Patron was scheduled to appear at the event, which featured stars from both Impact Wrestling and Lucha Underground. Patron was scheduled to team up with Lucha Underground Champion Penta 0M to take on Rey Fenix and Impact World and Grand Champion Austin Aries. However, Sean Ross Sapp of FightfulOnline reported on Twitter that Patron no-showed the event.

Sapp went on to say that, instead of the tag match, the event turned it into an impromptu triple threat match with the three remaining competitors. It is possible that this could be some kind of angle for Impact. Patron and Aries are still booked for the main event of Impact Wrestling’s Redemption PPV.

However, it wouldn’t exactly be a good move for Impact considering the issues they’ve has had in the past. Impact has had a handful of events go awry, causing them to force their hand on some occasions. Most notably, the Victory Road incident involving Jeff Hardy and Sting.

We’ll keep you updated on the situation as it unfolds.