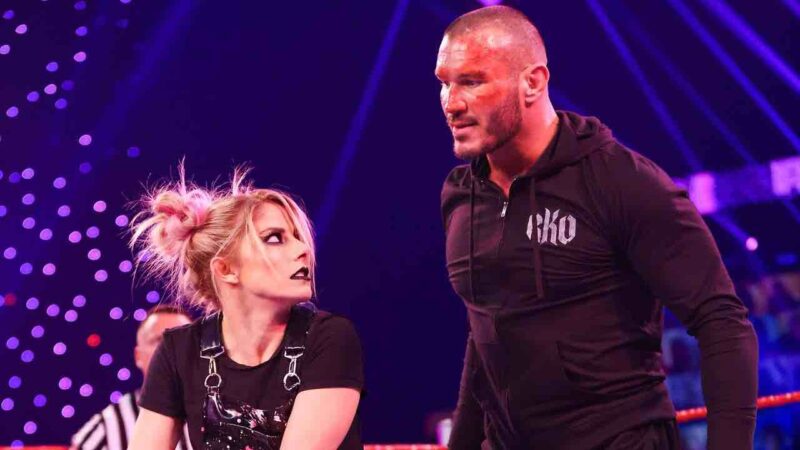 The former WWE RAW Women’s Champion Alexa Bliss had showcased her sinister side while being associated with ‘The Fiend’ gimmick of former WWE star Bray Wyatt. While, ‘Little Miss Bliss’ has faced several female stars in the company, she claimed that the victory against the multi-time World Champion Randy Orton is the one that she loves to cherish.

Bliss took on ‘The Viper’ at Fastlane pay-per-view last year in a singles match. The match had concluded in under five minutes. The finish to the match saw Bliss pinning Orton for the win following The Fiend returning and hitting Orton with a Sister Abigail.

On “Out of Character with Ryan Satin”, former five-time Women’s Champion Alexa Bliss discussed how she technically beat a 14-time World Champion in WWE.

“The Firefly Fun House stuff, it was so fun, it was so great. It’s definitely a moment in my career that I will cherish the most because that was the most fun I’ve ever had,” Bliss said. “I got to have a match against Randy Orton and beat him. I made stuff fall from the sky, you know what I mean? Like, that was cool. I made fire come out of my hands. It was so cool!”

Bliss had recently competed in the Women’s Money In The Bank Ladder Match and it was Liv Morgan, who walked out as the winner, defeating Lacey Evans, Bliss, Raquel Rodriguez, Asuka, Shotzi, and Becky Lynch. Morgan then cashed in on Ronda Rousey at Money in the Bank and became the new Smackdown Women’s Champion.