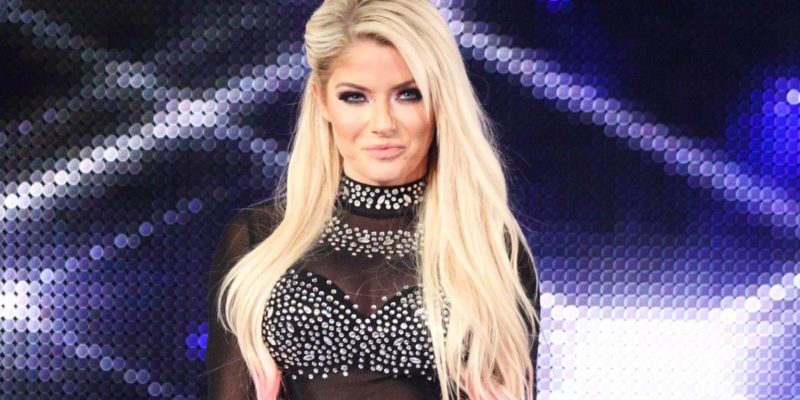 Alexa Bliss’ in-ring status has been a question for fans as rumors have suggested that she is injured. However, she proved that she is not injured at a house show last evening in Trenton, N.J. She has been wrestling far less due to her focusing on her talk show segments – A Moment of Bliss.

According to Wrestling Inc, Alexa Bliss was hosting her show with Natalya as her guest. Then Lacey Evans came out and interrupted the segment, with her and Bliss beating down on Natalya. Nikki Cross came in for the save and a tag team match was booked.

Natalya and Nikki Cross were victorious in the match, with Natalya locking in the Sharpshooter on Bliss. This proves that Bliss is certainly not injured.

It also seems that WWE might be planning an eventual feud between Nikki Cross and Alexa Bliss. Cross has expressed her desire to “play with” Bliss after finding out that she will be the host of WrestleMania and feels snubbed that she isn’t ”invited to these things.”

It is also possible that Alexa Bliss will be competing in a match at Wrestlemania or appear in the battle royal. We will keep you updated on Alexa Bliss’ status when we get to know more.