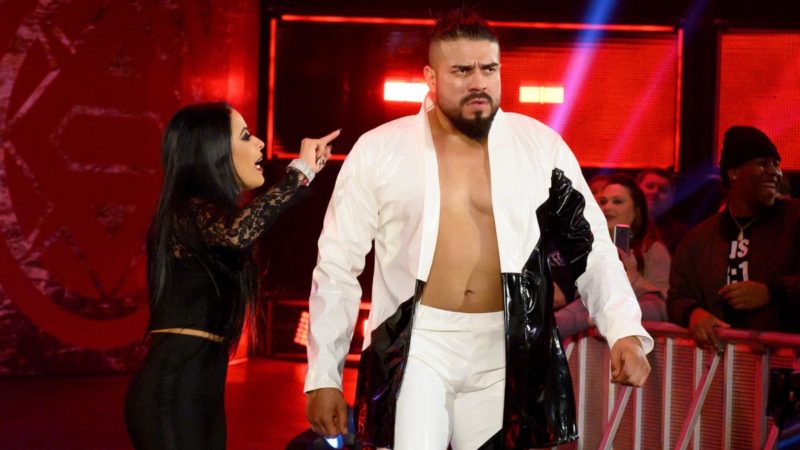 Andrade gave his first major interview since his release from WWE with He will talk with Hugo Savinovich on Facebook at 7 PM ET. One member of the WWE Universe took to social media via Twitter to translate and transcribe Andrade’s remarks. Here, the former WWE United States Champion stated how WWE Superstars should stand up to Vince McMahon, but no one is currently doing so. Andrade recently revealed how Bruce Prichard ‘ruined’ him.

“Andrade says what he meant when he said “its about talent wanting to stay” said he wasn’t sure about leaving until last month, there’s a lot of talent backstage, everyone treated him with kindness, but no one speaks out, everybody vents but nobody stands up and says something.”

Andrade also revealed WWE were paying him $3 million per year. In other news revolving Andrade, former WWE and current ROH talent, EC3 discussed Andrade potentially joining Ring Of Honor during a recent interview with Fightful. Credit to Fightful for the below transcription.

“If he commits—he’s, obviously, a great wrestler, he’s a fantastic wrestler—I think to truly control your narrative, you have to destroy the aspects of your past and evolve. Ring of Honor’s a great breeding ground for it, if he comes in the same. It’ll be cool and it’ll provide really good matches. But, I think to be truly transcendent; he’ll have to evaluate himself from a presentation standpoint. He’s a guy that I would love to see do it. We’ve run into each other many times. Andrade was at a couple of my top 1% parties. So, we’ve talked, we’ve broken bread. By bread I mean we traded shots of tequila. A decent man. I’m excited to see what he can do.”

Andrade says what he meant when he said "its about talent wanting to stay" said he wasn't sure about leaving until last month, theres a lot of talent backstage, everyone treated him with kindess, but no one speaks out, every vents but nobody stands up and says something 1/x