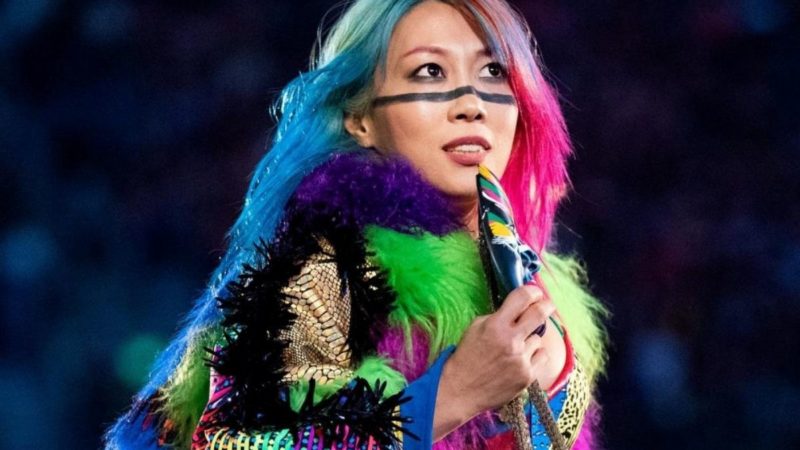 A match with WWE star Asuka has been claimed to be the reason of the release of Peyton Royce, who was released last week alongside several other stars.

The former WWE writer Vince Russo recently reflected on Peyton Royce’s release from WWE on the latest edition of his show Writing With Russo.

Vince Russo spoke about Peyton Royce’s recent release and he explained how it happened. He went on to speak about Royce’s promo which she cut. WWE Diva ‘Demanded’ WrestleMania 37 Match

She was put in a match with former WWE Raw Women’s Champion and Russo noted some spots during the match which might have caused WWE to release her.

“We all heard Vince wanted to go with Peyton but they were really still not doing anything with her. Then all of a sudden she cuts that promo. I don’t know how much of that was half-shoot, half-work but it sounded like part of it was half-shoot. Now they put her in the match with Asuka. Now I remember in that match there were a couple of spots were… now what I’m saying is, this is how they work – she shot her mouth off a little bit, alright you want the spot? We’re gonna give you the spot. Now those same people are waiting at the monitor waiting for one… as soon as it happens they say to themselves “That’s why you’re not in the spot and how dare you question us and how dare you go into business for yourself blah blah blah”.The next thing you know, we’re making financial cuts. That’s how it works, man. I gotta be honest with you, that’s why it really sucks working there unless you’re in that top tier and maybe there are 10 people in that top tier, I think I’m being generous. You’re constantly walking on eggshells.”