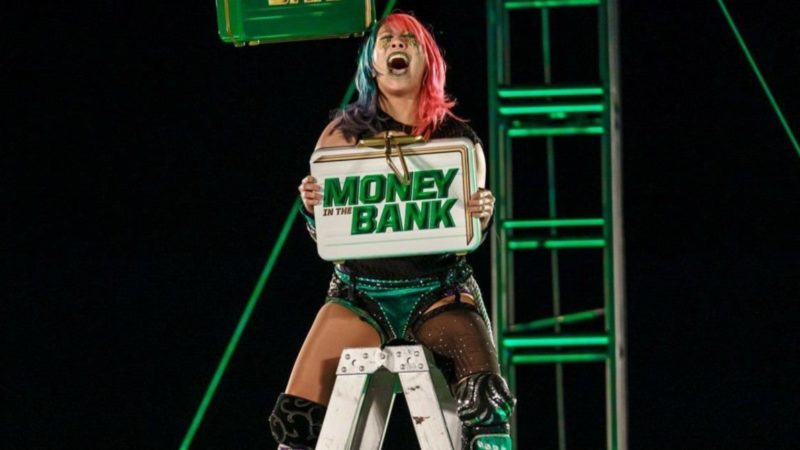 At Money in the Bank 2020, Asuka captured the women’s briefcase. As it turns out, the prize wasn’t a shot at a title, but a title itself, as she was awarded the RAW Women’s Championship on RAW.

It was an intense few days for the Empress of Tomorrow. On The Bump, she spoke on the experience, including the nasty kick she delivered to King Corbin just before her victory.

“I climbed up the ladder, then King Corbin came too, so I gave him a nice kick. The briefcase was so heavy, I had a hard time even holding it. But I was so happy. The view I saw from the top of the ladder was fantastic. I am going to remember that view.”

Asuka was also asked about her big moment on RAW and finding out Becky Lynch was pregnant.

“I had so many matches with her, and I have a strong connection with her. I think we both felt the same way, I think she likes to have matches with me. I think she was relieved that I got the Money in the Bank, because she knew I could take good care of [the RAW Women’s Championship].”

Asuka finished up the interview stating that she hopes to help get fans invested in the WWE Women’s Division. The goal is to make it can’t miss TV.

You can check out the interview here.