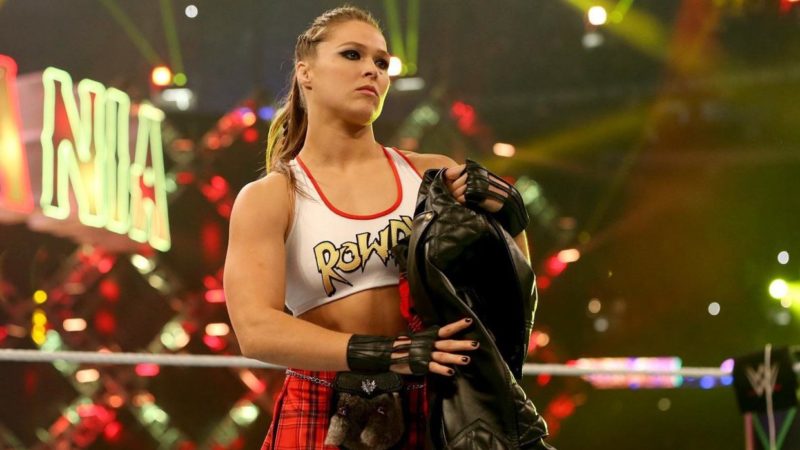 It wouldn’t make sense for Ronda Rousey to miss the first WWE PPV following her debut since she has signed a full-time contract and it appears we may now have an idea about her opponent for the show.

We noted before how Ronda is expected to face Mickie James at an upcoming Live Event and it appears that their feud will not be limited to house shows only.

Mickie was a part of the 10 Women Tag main event of this week’s Raw where she attacked Natalya. Rousey then came to aid the former SmackDown Star and attacked James.

During the latest episode of Wrestling Observer Radio, Bryan Alvarez talked about these events and speculated that Ronda could end up facing the former Women’s Champion James at the upcoming PPV.

Whether or not this bout is actually the plan for the upcoming show should be revealed in the next few days, but for now, it’s safe to say that the programming does appear to be pointing towards a rivalry between the two.