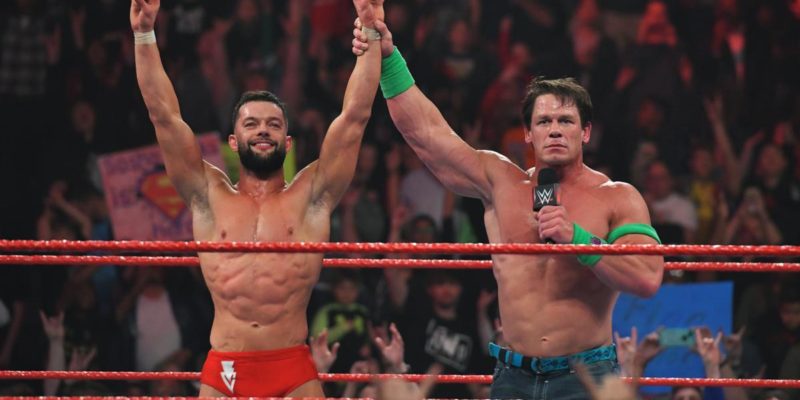 The main event of this week’s episode of Raw saw Finn Balor winning a fatal four-way match to earn a title shot against Brock Lesnar at the upcoming Royal Rumble event.

Not only this but the fact that Balor pinned John Cena in the bout was surprising for the fans and a lot of people wondered if the company was punishing John Cena for pulling out of the Crown Jewel PPV.

However, a new report from Sports Illustrated killed these rumors and it claims that Cena’s clean loss had nothing to do with him refusing to work the Saudi Arabian show.

Furthermore, the site reports that it was the Cenation Leader himself who offered to take the fall in the bout, in an effort to make the former Universal Champion an even bigger star.

After he put over the likes of Shinsuke Nakamura and Kevin Owens this is another great example of the 16 Time World Champion helping out the deserving star.