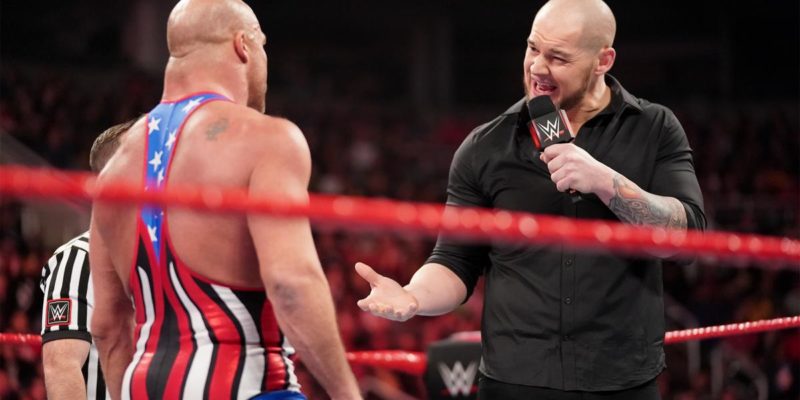 WWE is slowly building up the card for Wrestlemania and a few big matches are already confirmed. However, it is still unknown who Kurt Angle’s opponent will be in his retirement match at Wrestlemania.

There are a few possibilities of who could face Kurt Angle. John Cena seems to be the most favored name right now. However, The Wrestling Observer Newsletter noted that “the storyline guy would be Baron Corbin.”

This does make sense since it was Corbin who ran Angle out of his job as WWE RAW General Manager when Angle was removed from the position. So Angle might want to get some payback.

If this match comes to fruition, then Baron has a big Wrestlemania match in store for him, where he will be put over by Angle since Kurt Angle would like to put over a younger talent in his final match in WWE.

We will get to know more as we draw closer to Wrestlemania.