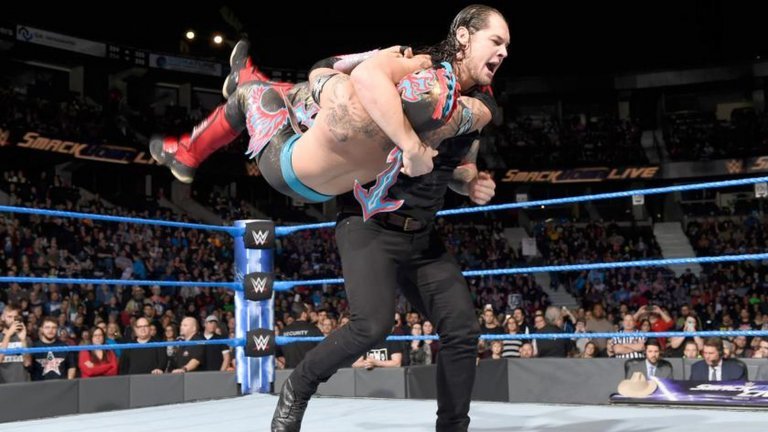 Baron Corbin’s finishing maneuver is fairly lethal with the kick-out count being very low. The wrestler recently caught up with Sportskeeda to discuss the origin of the move and also how he has managed to keep it sacred so far.

Speaking about the inception of the move, Corbin revealed that it occurred while trying out new stuff on the NXT crash pad. Although it happened accidentally, the move seemed cool and he decided to go with it. He said:

“At NXT we have like a crash pad ring where you can go in and just try stuff,” Corbin said. “I was just messing around with somebody and they jumped, and I caught him, and kind of hit it while just playing around. As soon as we landed I was like, ‘Oh man… That was something cool.’ When it happened, you immediately knew.”

Furthermore, he added that he intended to keep the move sacred much like The Undertaker’s tombstone. Corbin claimed that he had a talk with The Deadman regarding the same. He stated:

“I 100% do [know the move is special] and you know, I had a conversation with ‘Taker about that,” Corbin explained. “He really made the Tombstone something very special. Nobody kicked out of it for a long time, and he held it very sacred. So that was something I took to heart and something I wanted to do with it because nobody’s ever kicked out of ‘End of Days’. When it lands, it’s over and people know it.”