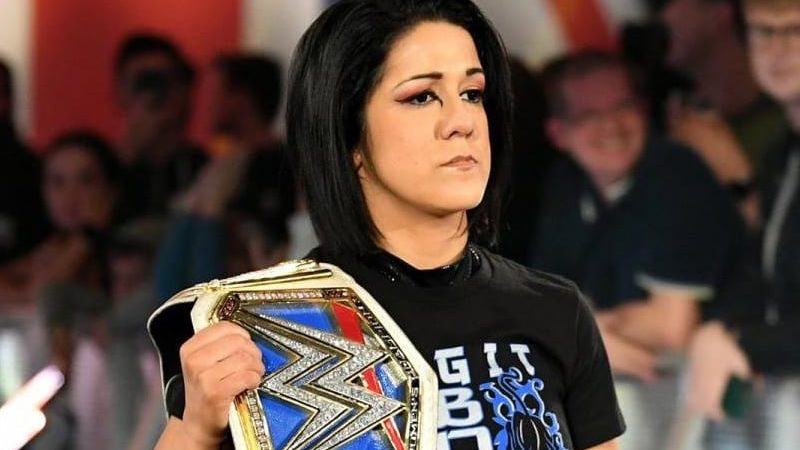 Bayley recently completed a whole year as the SmackDown Women’s Champion, something that the Blue brand has not seen before. She was also named the #1 ranked female wrestler in the world in the annual Top 100 list by Pro Wrestling Illustrated (PWI).

Bayley addressed her top ranking in a recent interview on The PWI Podcast. She also talked about the thought process behind her heel turn last year, and how did the WWE backstage and Vince McMahon react to the idea (h/t WrestlingNews.co).

Bayley was one of the biggest babyfaces on the brand during her time in NXT. But she could not carry on with the same level of success as a babyface on the main roster. She finally brought around a new heel persona in September last year, when she aligned with Sasha Banks to attack Becky Lynch.

It came as a shock as no one expected The Huggable One to turn heel.

Bayley revealed that everyone in backstage had misgivings about it. But it was her own idea to give the character a heel turn and she had the approval of Vince McMahon for the transition.

“Yes, for sure. Everyone second-guessed things, especially for me because I was doing that Bayley character for 7 years and it brought me so much success. It brought me championships and brought me to the WWE, but it was not something I wanted to do forever. I want to experience everything in my career. I want to ride the wave and do all sorts of things. I knew I couldn’t do it being that one character. Honestly, once I had the company’s blessing and Vince’s blessing, I knew I had to make it work.”

Bayley was asked in the interview if the she thought she deserved the #1 ranking on the list. She said the position was well-earned, given how she proved everyone wrong and pulled off the heel turn despite the tough times.

“Hell yea. I think it’s obvious that I made a major change late last year. I think for one, everybody thought it was going to fail. They thought I made the wrong decision and I couldn’t pull it off. I think I proved everyone wrong, especially with the craziness of what has been going on with the pandemic and not being able to perform in front of fans, which makes everything harder. But, I was still able to pull it off and use it to my advantage.”

Bayley appeared in the ring on Season 2 premiere of SmackDown on FOX last week on Friday. Her current rival Sasha Banks was there as well. The two were set to sign the contract papers for their Hell in a Cell match coming October 25, officiated by Adam Pearce.

Sasha signed the contract, but Bayley did not.

Sasha Banks egged her on, saying, “My name is bigger than your title.” But Bayley left the ring, dragging with her the steel chair that she has been carrying around ever since her attack on Sasha.

Burn the stupid contract cause I’m done with you.