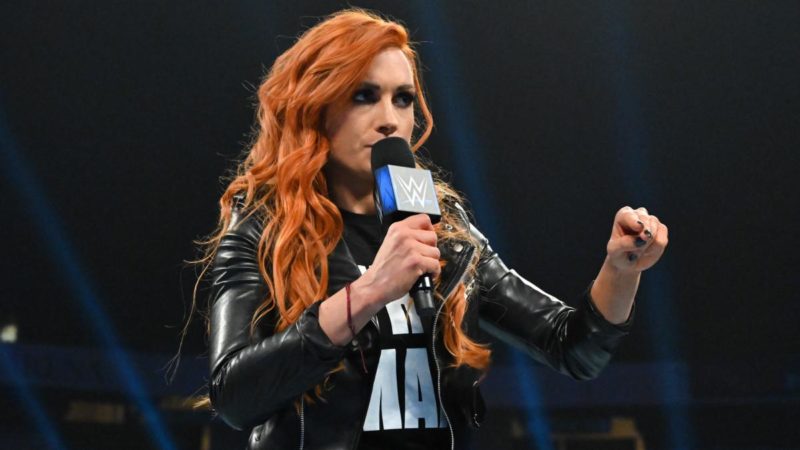 Becky Lynch has come a long way in WWE as she faced a lot of animosity in her career. However, she always has fan support and now she is arguably the most over superstar in the company. She is scheduled to face Ronda Rousey and Charlotte Flair at Wrestlemania for the RAW Women’s Title, but this never would have happened as she was going to be fired.

While speaking to ESPN, Becky revealed that one of the people who was behind her and defended her was none other than The American Dream Dusty Rhodes. Without him, Becky Lynch might never have stayed in WWE.

“When I first came over to WWE, so full of hopes and dreams but I mean, also I had to build myself up again from scratch. People had known of me from before from the time I spent on the independent circuit and I didn’t want to come in acting like I was full of bravado because I hadn’t wrestled in seven years. And so it was really a rebuild from scratch. I really downplayed myself to a fault. Like I acted like I didn’t know anything, whereas I did and then it was a complete mind game. I had messed with my own head so much that I could barely do a lockup anymore.”

“I would just over complicate everything, overthink everything. And it was just me vs. me, really. And I know I was on the chopping block a lot and I know if it wasn’t for Dusty Rhodes really believing in me and encouraging me and my wild promos that I would do on Wednesday nights, I don’t know that I’d still be here.”

This certainly reveals a lot about the struggles Becky Lynch had to face and just how influential Dusty Rhodes was in the company. Dusty Rhodes will forever be missed, especially by Becky Lynch.

We will have to wait until Wrestlemania to see if Becky Lynch can capture the RAW Women’s Title.