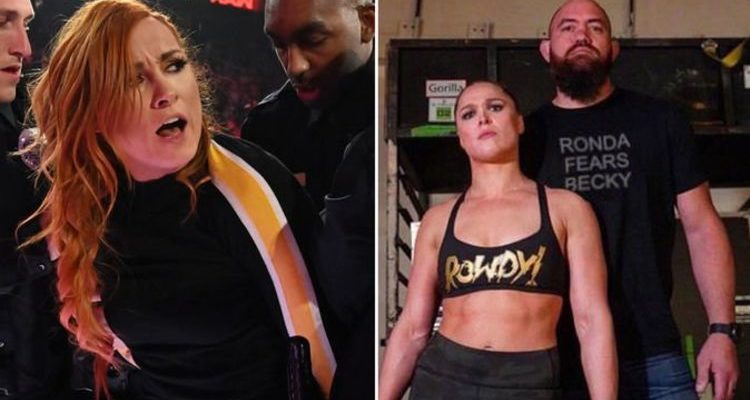 Whilst attending a Golden State Warriors NBA game yesterday, ‘The Man’ and likely WrestleMania 35 main eventer, Becky Lynch, was interviewed by NBCS and of course had a message for Raw Women’s Champion Ronda Rousey:

Ronnie, you little weirdo! You can’t hack it, get your jacket, I’m gonna chase you out of the WWE! You have no business being there, you’ve held that title hostage for nearly a year and I’m taking it back at MetLife Stadium at WrestleMania!

.@BeckyLynchWWE talks to @KerithBurke on the Warriors broadcast about the new arena and ends by cutting a promo on @RondaRousey pic.twitter.com/srFZMGU1E0

Look how tough they are. RAWWRRRRR. But I’m told to go easier on them because they’re getting upset. #truestory pic.twitter.com/F3CrK5cKQT

Be careful she might refuse to go to work and retire. pic.twitter.com/KjkG6HVbIA