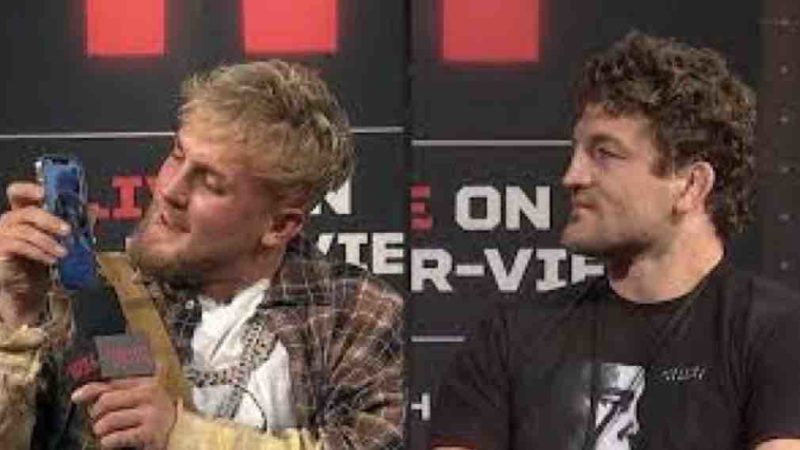 
“People were upset that I was smiling afterwards with my wife. I told you people before I took this fight, I don’t give a shit about the result. When I get in there, I’m going to try to fight hard, but at the end of the day on Monday I’m going to go back to podcasting and coaching wrestling. My wife said something funny to me, and I laughed. People need to get a life, they’re trying to exploit their own emotions on me.”

He said about the production of the show, “I scolded the owner of the business in my locker room, it was live on camera.”

“I don’t personally smoke pot so I don’t have anything against it for certain adult, but the glorification of it was really strange. They’re putting it up there on a pedestal, and that was an eye roll. Oscar was doing some other stuff.”