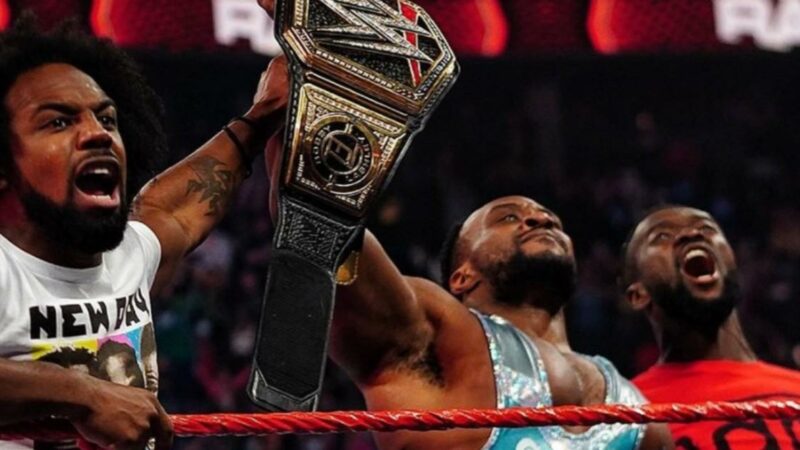 Big E successfully cashed in his Money In The Bank contract on Bobby Lashley to capture his first WWE Championship on this week’s edition of Monday Night RAW. The pro-wrestling world had nothing but praises for the former New Day member. AEW star Stu Grayson of Dark Order also congratulated him on winning the title and also mentioned that Late Jon Huber(Brodie Lee), the former WWE and AEW star would have been happy for E as they were good friends. Jeff Hardy ‘Embarrassing’ Raw Botch Revealed

“I can only imagine how happy Jon would be. Congratulations @WWEBigE”

The newly crowned WWE Champion noted the Tweet and went on to reply:

“I couldn’t stop thinking about seeing and hugging him after the match. What a tremendous man our friend was.”

I couldn’t stop thinking about seeing and hugging him after the match. What a tremendous man our friend was.

As per the reports of PW Insider, Big E’s WWE Title win caused a “huge uptick” in backstage morale. Several names backstage were very glad for Big E for winning the top title that it put an overall better mood over the entire atmosphere.

“There was a huge uptick in morale among the wrestlers at Raw last night out of genuine excitement for Big E winning the WWE Championship.  He’s very much beloved by the locker room so it was seen as a huge deal.  We’ve heard from Smackdown talents who said they wished they could have been at last night’s Raw taping in Boston, just to have been there.”

We will see what WWE has in store for the WWE Champion going forward.