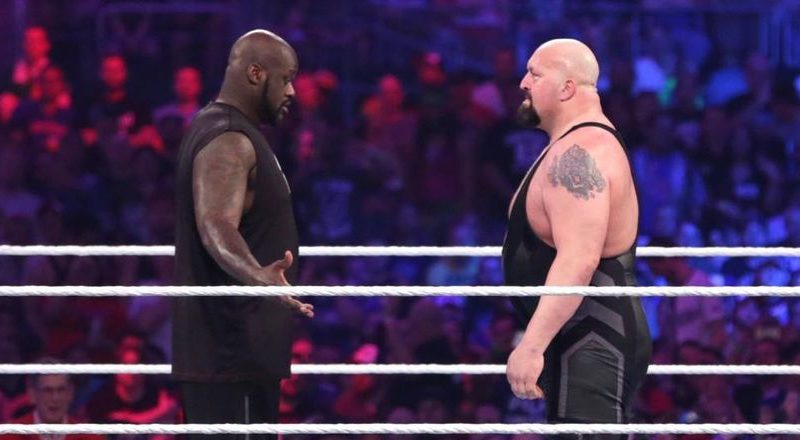 Ahead of tonight’s monumental edition of AEW Dynamite the official Twitter account for wrestling news outlet SEScoops recently posted pictures of two of All Elite Wrestling’s most talked about giants – Paul Wight, the former Big Show along with NBA legend Shaquille ‘Shaq’ O’Neal. Shaq can be seen chumming it up with Wight while there is a separate picture of Wight with the incomparable Marko Stunt. This WWE NXT star ripped Shaq’s AEW debut.

Shaq, along with his tag team partner Jade Cargill is set to take on former AEW TNT Champion Cody & Red Velvet. However rumors of a Shaq V. Paul Wight match have been heavily speculated ever since the two locked up in the third annual Andre The Giant Memorial Battle Royal which took place at WrestleMania 37. The two also had an altercation back in 2009 on an edition of WWE Monday Night Raw.

It is unknown whether or not AEW will pursue a match between Shaq and Paul Wight. However it would absolutely be a logical step considering Wight is being billed as a licensed wrestler, in addition to being a commentator for All Elite Wrestler and given the history of the two giant athletes.

The giants have arrived for tonight's #AEWDynamite! pic.twitter.com/eQ5N6KXywr