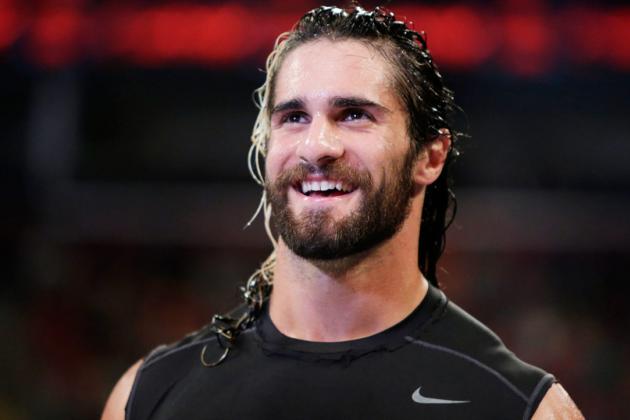 The Tables, Ladders, Chairs… And Stairs PPV is almost upon us, and thus accordingly here I am to give you a rundown on who is wrestling who, and who is most likely to wrestle the bestest. Wrestling!!

I’m very pushed for time this week (‘Tis the party season, you see) so please forgive my abruptness in advance. A whopping 9 matches have been confirmed as I type this, so let’s don our snorkels and dive right in…

TAG MATCH
The New Day vs Goldust and Stardust

The New Day gimmick seems incredibly bland to me. They’re black guys with a soulful entrance, and they seem to like grinning a lot. And that’s about it. Maybe I’m missing something?! No way in hell is that gonna get over… Unless a vicious heel turn is on their immediate agenda.

Anyway, they’re the new team so you have to expect them to pick up the win here at the expense of The Rhodes Brothers. Which is a pit of a shame really.

Is Natural Boobs Bella’s heel turn the most badly communicated in WWE history? It’s certainly worth a ponder.

Rumours continue to mount up that AJ will be departing the WWE imminently so she can become an octagon groupie, so I don’t see her ever holding the Diva’s title again, and this could even be her farewell PPV outing for the company.

Dolph Ziggler’s winning performance in the Team Cena v Team Authority match was a big deal and should have been a stepping stone to something bigger. Instead he’s still battling for the IC Title – which seems beneath him now. I’d much rather have seen him take on Seth Rollins in a ladder match with the MITB briefcase on the line.

But I don’t want to diss Luke Harper, and I’m veeeery interested to see what he can do in a ladder match environment. If given at least 15 minutes, this could well be match of the night. I foresee Luke Harper retaining – possibly due to Ziggler’s own desire to steal the show every night. I anticipate a crazy spot from Ziggler in the climax of this one, which instantly kills him to death. Or at least keeps him down for the duration of a Harper ladder climb.

I’ll side with Rowan for the win as his mini-push continues. The Big Show really doesn’t need to be pinning up-and-comers on PPV at this stage of his career.

My main gripes with this match is the same as last month – that being that neither guy needs the loss on their CV.

But there simply has to be a clean finish here due to the crappy non-ending in their Survivor Series meeting, and WWE bigwigs will surely be well aware of that.

Due to Ambrose getting the upper hand on RAW, I’m picking Wyatt for the win. Hopefully Ambrose’s momentum isn’t stunted as a result. He’s totally kicking ass as the company’s number two babyface.

Damien Mizdow continues to perform sublimely in his comedy role. A face-turn and feud with The Miz is certainly on the horizon, but I think this duo will be milked for a month or two yet.

The wife of whichever Uso is married is very likely to get involved here, but I can’t even pretend to be interested in that storyline.

Pick: The Miz and Mizdow retain

Does Kane ever win matches these days? I’m pretty sure not.

Surely the roster isn’t so shallow that this feud has to be recycled after just a few weeks?! Why couldn’t Rusev take on R-Truth or Christian or Bo Dallas or Titus? At least then it would be something fresh. We’ve seen this match enough times already. And I don’t see any reason why the outcome will be different here.

It’s a clean sweep of title retains for me.

Whilst it’s awesome to see Seth Rollins headlining a PPV again, he really doesn’t stand much of a chance here.

Cena will win. Then he’ll deck Jamie Noble and Joey mercury for good measure too. And Kane. And Mark Henry. And Luke Harper. And then pretty much everyone else on the roster. Because that’s what Super Cena does. Zzzzzz

Those are my picks’ jabronis. Please add your own below. I love it when you do.

Overall I’m pretty damn optimistic about this PPV. I think Ziggler v Harper and Ambrose v Wyatt will both deliver some funsome stunt matches, and whilst the outcome of the main event seems mighty predictable, hopefully Rollins will demonstrate that he fully deserves to be headlining PPVs.