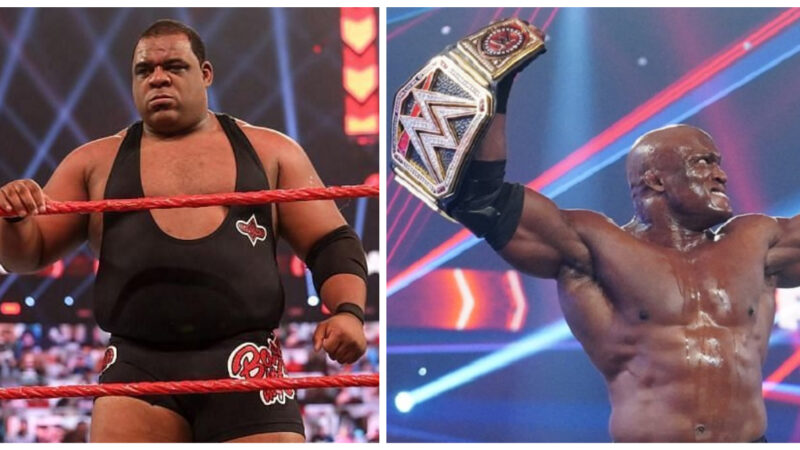 The Hurt Business has truly proven itself to be one of the most dominant factions in the history of WWE as Bobby Lashley, Cedric Alexander, Shelton Benjamin and MVP have shown the professional wrestling world that they mean business, before Shelton and Cedric were removed. The group started with Bobby Lashley and the rest joined in afterwards. MVP is to be credited for the success of the faction as all the members were floundering on the main roster until they formed the group. Bobby Lashley also successfully defended his WWE Championship against Drew McIntyre on Night One of WrestleMania 37. Bobby Lashley also successfully retained his WWE Championship at WrestleMania Backlash as well. Bobby Lashley was also banned from a WWE match recently.

Bobby Lashley recently spoke to Fightful, where he talked about potential opponents for SummerSlam and mentioned the likes of Keith Lee.

“Everybody says [Brock], but there are so many guys at the top right now. Someone said Damian Priest, and that’s not the first person I thought about, but you have to take him in consideration. Randy [Orton], Riddle, [John] Morrison, Elias, Ryker, ‘The Fiend,’ Keith Lee, you have to take them in consideration. There are so many guys, I don’t know where some of these guys are at right now, but there are a lot of guys that are making big moves. The next few weeks really dictate who wants to step up. You have Money in the Bank and you have guys that are right there. Everyone keeps talking ‘why does Drew keep getting an opportunity?’ Drew keeps getting an opportunity because no one is beating him. He’s number two. Let someone else be number two and that’s who gets the opportunity. We’re at a case right now to see who steps up to be number two. A lot of guys are really close to being able to do it and getting that momentum, but we don’t know. I don’t know if someone from the outside is going to come in to get some of this and wants to get beat up and sent back. I’m anxious to find out,”