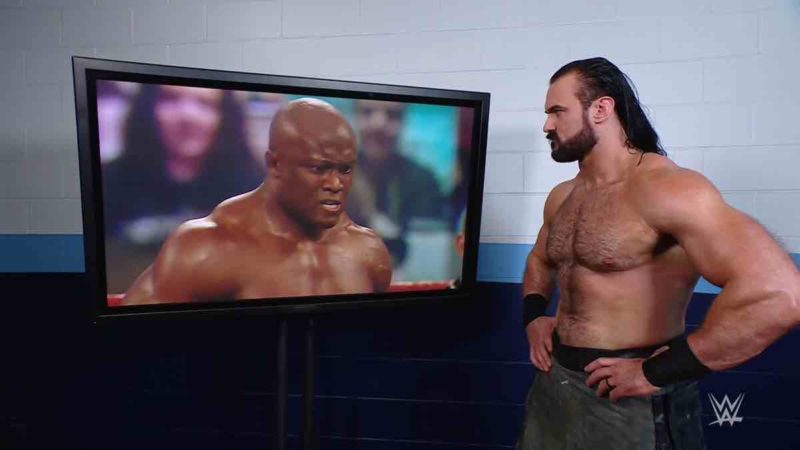 Bobby Lashley’s entrance on WWE Raw for his successful title defense against The Miz featured tons of pyro, which many seemed to think was a shot at last night’s disastrous AEW Revolution ending, which WWE stars buried.

Mark Mahler said, “Did anyone get a GIF of Lashley’s new pyro? I wanted to send it to AEW with a nice note. #WWERaw.”

Christian Maracle chimed in, “Damn, those CGI lightning strikes for Bobby Lashley’s entrance had more of an exploding impact than the AEW ring last night!”

Daniel Cardenas added, “Lashley’s fake pyro was better than what AEW gave us last night at the end of Moxleys match! #WWERaw”

After Kenny Omega defeated Jon Moxley to retain the AEW Title in an exploding barbwire death match at Revolution, a timer indicated that the ring was going to explode, with Eddie Kingston running in to protect Moxley. Instead, just a few sparklers went off like a Gillberg entrance. Rusev, aka Miro, blamed a big AEW name for the botch.

The Miz opened up Raw vowing to win the WWE Title again, but Lashley defeated him handily as Drew McIntyre looked on. After the match, Sheamus attacked McIntyre backstage.