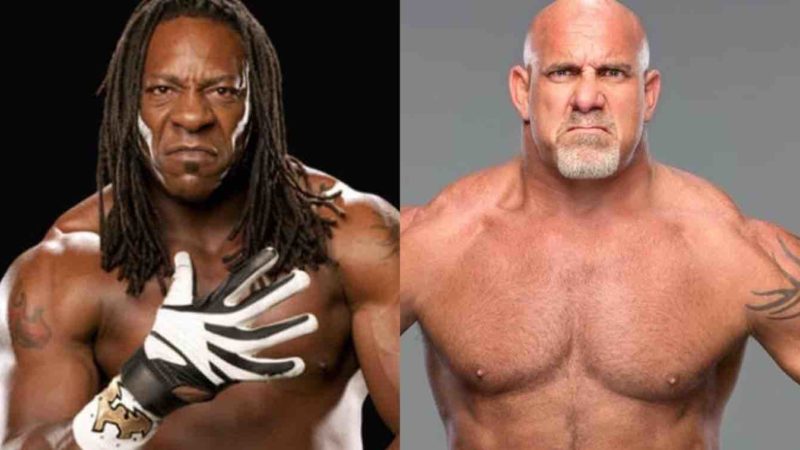 On the latest episode of the hit WWE original program, ‘The Bump’ former five time WCW champion Booker T discussed the Goldberg and Drew McIntyre feud and why Goldberg might need to retire due to his old age. Wrestling-Edge.com transcribed Booker’s comments below.

Booker T: Goldberg’s pushed it man, everyone loves the nostalgia but it’s a young man’s game. Drew McIntyre? He’s my guy. Drew is a guy that I’ve pushed before and said would be champion in this business.

Even before he was champion I said that he was gonna move up the ladder. You know, I always pulled him to the side and told him, ‘Hey man, do this here, maybe change that, you’re on the right track’.

Booker T: Go back and look at the first picture of Drew McIntyre when he came in, I wish you could put it up, comparing how he looks when he first came in to how he looks now. Oh man, he was a kid when he came in and now he’s a grown man and totally different. Goldberg could be barking up the wrong tree.

I’m not going with the old guy, I never go with the old guys. Once you get past a certain number, you might want to rethink things. We are gonna see how it’s gonna play out, but if I had money, I would put my money on Drew McIntyre.