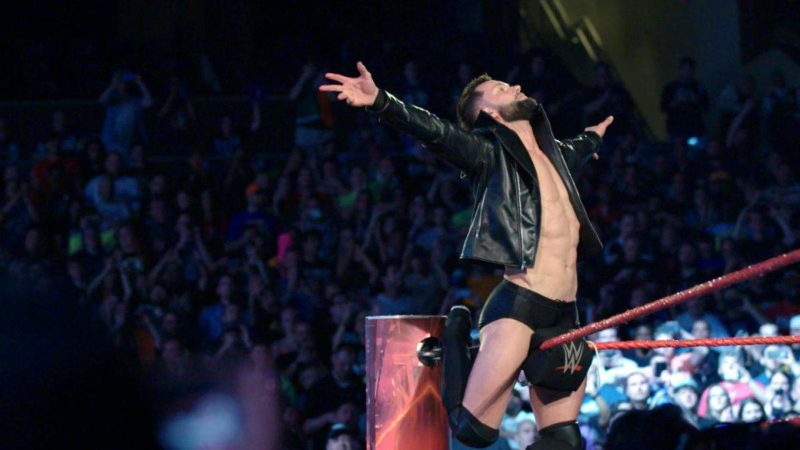 The Shield had their final match together on the WWE Network live from Moline. Before the main event, an Intercontinental Title match took place as Finn Balor defended his title against Elias.

Both Elias and Finn Balor are on Smackdown following the Superstar Shake-Up, so this title match was a surprise addition to the RAW house show.

The title match was not very long. However, it lasted longer than expected due to the finish being botched. Those who watched the special were able to tell what happened and Mike Johnson confirmed that the finish looked odd during PW Insider Elite.

“They ended up with a wacky finish there where Balor went to the top. Elias knocked him off, they battled over the announcers [who were right at ringside] Balor hit a sunset flip over the ropes into the ring, pulled Elias down 1-2, but the count was a little fluky and you could tell that was supposed to be the finish out of nowhere. Something went a little awry so immediately he jumped up, grabbed Elias, took him down in sort of a crucifix and 1-2-3 Balor got the pin out of nowhere.”

Below is footage of the ending of the match.

Tfw you realize @FinnBalor is about to turn the tides of this match… #ShieldsFinalChapter pic.twitter.com/iBDFVtm8zO