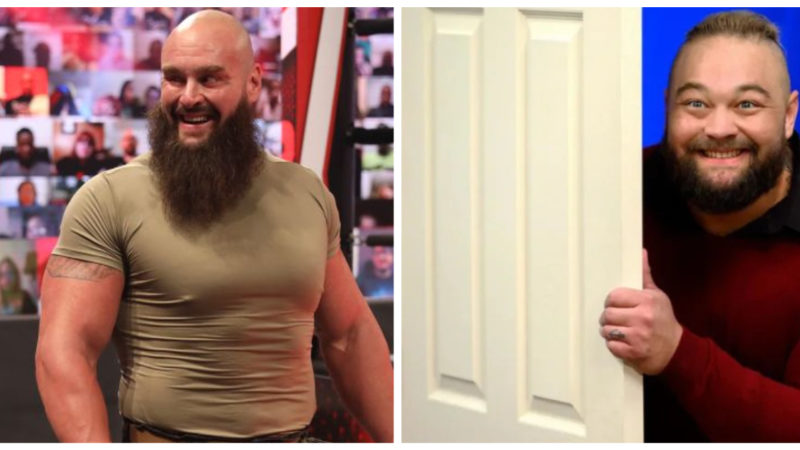 Former WWE Universal Champion Braun Strowman was one of many surprising and notable releases from WWE today. Strowman was let go from his WWE contract in addition to former WWE NXT Champion Aleister Black, Ruby Riott, among others. Taking to social media via Instagram, Strowman would comment on his WWE release by showcasing a picture of himself with several high profile and former ex WWE talent ranging from those still in WWE like ‘The Fiend’ Bray Wyatt to those who were recently released this past year in Samoa Joe. Braun Strowman was released for this surprising reason.

Strowman would caption the photo by stating: “What a chapter in life!!! #ThankYou” which was identical to a tweet that he sent out today as well.

Over on the extremely popular Squared Circle subreddit, several wrestling fans and members of the WWE universe have been reacting to the unexpected release of Strowman. One Reddit user by the name of NYJetLegendEdReed questioned: “So let me get this right. Braun had a match with Shane, an anti bullying campaign around him, had his best match of his career last PPV, is a former world champion, and just cut a commercial about fans returning…and he gets cut?” Whereas YogoWafelPL said: “Braun is a complete, out of nowhere shock, others not so much. Fingers crossed for Buddy to have an actual career outside of the WWE, he deserves the best.”