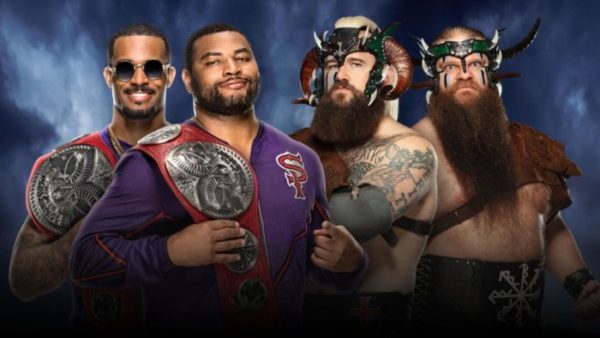 WWE has made a last minute addition to tonight’s Backlash PPV main card. The “Anything You Can Do, We Can Do Better” competition is now heading to the ring at WWE Backlash, tonight. The Street Profits will defend their title against The Viking Raiders in the ring.

Street Profits members Montez Ford and Angelo Dawkins won in the basketball and golf competitions of the tournament. Meanwhile, Erik and Ivar of The Viking Raiders dominated in the ax throwing and bowling competitions. The final event in the tournament was a decathlon between both tag-teams this past Monday on RAW. The Viking Raiders won the ultimate victory in the “Anything You Can Do, We Can Do Better” Tournament.

That brings us to tonight’s Backlash pay-per-view where the two tag-teams will go head-to-head inside the ring in the recently added title bout for the big victory – the RAW Tag-Team Championship.

BREAKING NEWS: The Street Profits will face The Viking Raiders tonight at #WWEBacklash for the #Raw Tag Team Titles.https://t.co/xBPUsLupxa