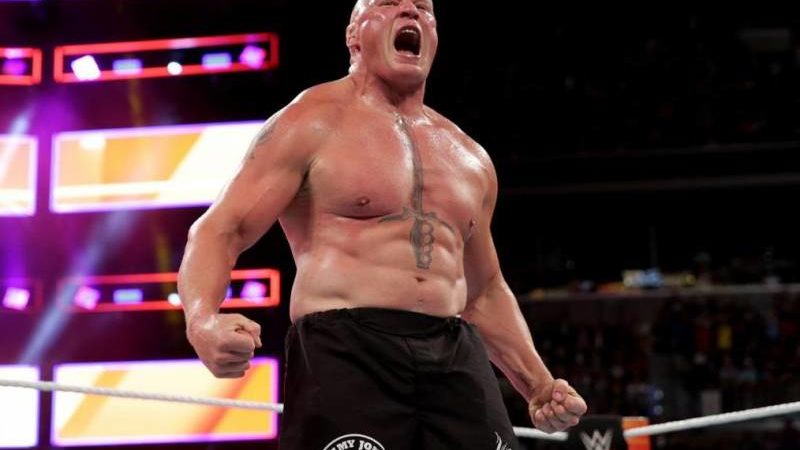 The former WWE star Brock Lesnar was recently buried by WWE SmackDown star, Xavier Woods. He poked fun at the ‘Beast’, stating that he had burned his Brock Lesnar merchandise. He went on to reveal the reason of doing so.

In a recent Tweet, the former one half of the WWE SmackDown Tag-Team Champions shared a throwback picture where he donned a Brock Lesnar merchandise.

But, he captioned mentioning the date he burned the same. The date was when Kofi Kingston was squashed in a match by Lesnar and in a matter of seconds he had captured the WWE Championship, ending Kofi’s reign as the Champion. The bout had taken place on the FOX premiere of WWE SmackDown.

Woods had then requested that the WWE Universe to remind him to put up the same tweet on October 4th every year. Woods burned the shirt when on the Smackdown roster.

You can check out the tweets below:

Someone please remind me to quote tweet this on 10/4 every year. Thanks

Brock Lesnar had previously lost the WWE Universal title to Seth Rollins in the main event of SummerSlam back in 2019 which saw the ending to the rivalry. The Beast Incarnate had taken a brief hiatus and had  appeared on SmackDown. Brock Lesnar First WWE Match In 2021 Leaks?

He went on to challenge the WWE Champion Kofi Kingston for a title match which he eventually won and started his reign.

Right off the bat, Brock had executed his signature F-5 on Kingston and went for the pin. He was able to get the three count and dethroned the champion.