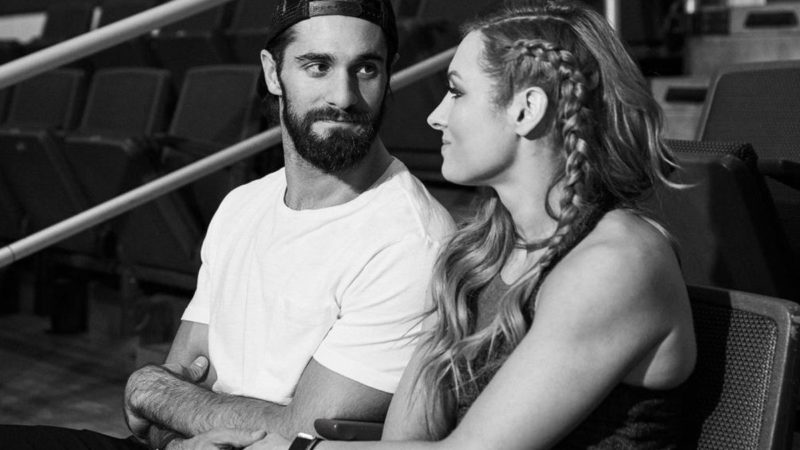 Former WWE Raw Women’s Champion, Becky Lynch recently re-signed with WWE last month, leading many of those within the WWE universe to ponder when ‘The Man’ will make her way back onto WWE programming once again. In a new development, Lynch is certainly in competition-ready form looking toned and chiseled. Did Becky Lynch ‘turn down’ this WWE Smackdown star?

In a newly released social media post, Lynch’s hard-hitting hubby, former WWE Champion Seth Rollins took to Instagram to highlight this picture of Lynch standing next to a bunch of students, along with Rollins at his professional wrestling academy. It is unclear when Lynch will make long-awaited return – however, it is safe to say that she is clearly ready and looks absolutely great.

In other news concerning Becky Lynch, it was wildly reported some time ago that WWE Hall of Famer, Ric Flair wished to trademark the moniker of ‘The Man’. Both Lynch and Flair have been associated with this nickname and in a recent discussion with Conrad Thompson, Flair discussed how the saga regarding the ‘The Man’ nickname made him worry that he lost the respect of another top WWE star – the current WWE Universal Champion – Roman Reigns. Credit to TheSportsRush for the below.

Becky Lynch recently posted this ‘sweaty’ gym photo. “I was concerned that I had lost the respect of Roman Reigns. Because when that whole ‘Man’ thing went upside down and all that and I had to file the trademark, whatever transpired, it means nothing now. I think people, I heard that he… and I walked right up to him. I said, ‘Can I have a minute of your time?’ and I said, ‘Hey, it means a lot to me.’ I mean, you want the kids [current WWE Superstars] to look forward to you coming, not, ‘Oh man, here he comes again.’ Does that make sense? Especially when you have a daughter who is at the most elite position she could be in.”