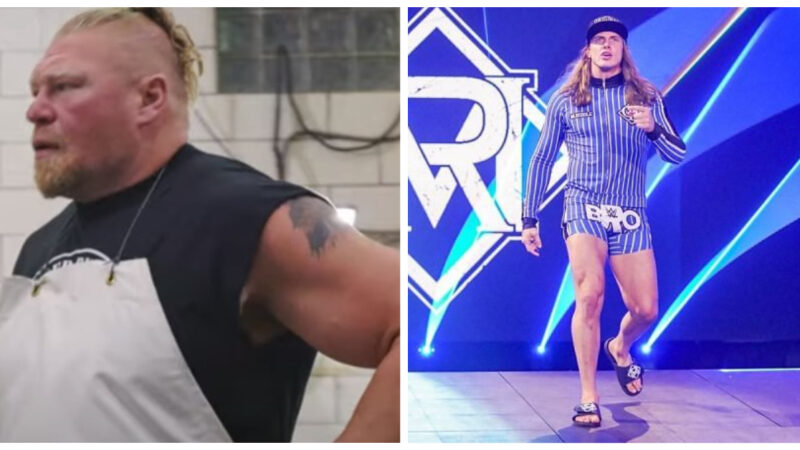 ‘The Original Bro’ Matt Riddle has accomplished quite a lot during his relatively short time in a WWE ring as not only was he a standout for WWE NXT but is also a former WWE United States Champion. However one thing that you probably won’t see out of Riddle anytime soon is a match against former WWE Universal Champion – Brock Lesnar. Is Brock Lesnar eligible for an ‘imminent’ WWE return?

Although Riddle and Lesnar have backgrounds in combat sports and mixed martial arts – which would make a match between the two of interesting to see, on a recent edition of Wrestling Observer Radio, wrestling journalist Dave Meltzer stated that Lesnar ‘does not want to work with Riddle’ and that a potential match against Lesnar ‘wouldn’t be a good thing for Riddle.’

Over on the ever-popular squared circle subreddit, wrestling fans and members of the WWE Universe have entertained the idea of a potential matchup between the two and regarding this latest development.

Over on the social media outlet, one user named Baggzio stated: “A shame because I think they’d have a really good match but you can kinda understand it from Lesnar’s POV, Riddle went around saying he was gonna retire him and would’ve been generally seen as disrespectful with what he said rightly or wrongly about the likes of Lesnar and Goldberg.” While joudanjanaiwayo said: “Honestly, based on their UFC careers a match between them doesn’t make Lesnar look good. Riddle was an unexceptional welterweight and Lesnar was heavyweight champion. Brock taking offense and selling for smaller guys like Bryan and AJ is fine because they’re protected by not having MMA records, but with Riddle the measure already there.” Brock Lesnar’s ‘new name’ after WWE recently leaked.

In addition walterdog12 wrote: “I think the only brand of humor Lesnar could work with would be R-Truth.Lesnar has sung R-Truth’s praises a ton and has said on record he would love to work with him more in the future, and even was pitching stuff to Vince IIRC about stuff he and R-Truth could do.”