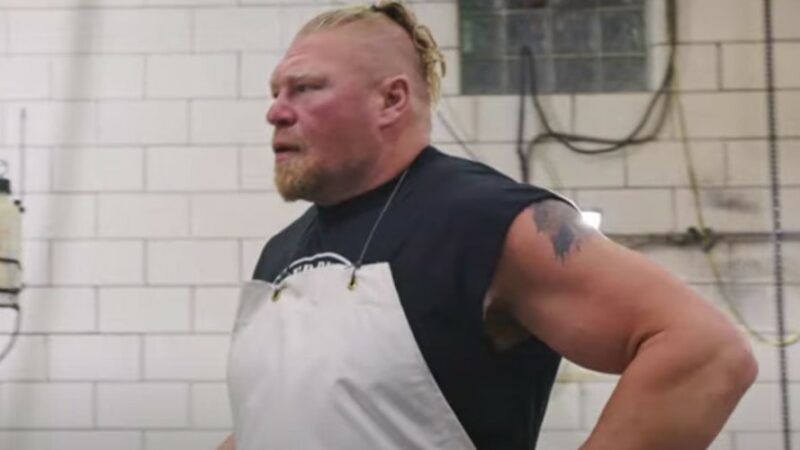 Brock Lesnar is one of the biggest names in the history of not only combat sports but sports entertainment and the WWE as well. However, the former multi-time WWE Champion has not been on WWE programming since losing his WWE Championship to ‘The Scottish Warrior’ Drew McIntyre back at WrestleMania 36. Brock Lesnar’s ‘new name’ after WWE recently leaked.

Yet, this could potentially change as it was recently announced that the country of Canada, where Lesnar has been spending a majority of his time since the pandemic, will be opening their border for vaccinated Americans starting on August 8th.

Fightful writer Robert DeFelice responded to this news on social media via Twitter by posting a GIF of Lesnar. If Brock Lesnar has been vaccinated he can come back into the United States, and go back home to Canada, on August 8th without consequence or any travel restrictions – making this situation definitely one to monitor.

In other news regarding Brock Lesnar wrestling journalist and historian Bill Apter recently sat down with Wrestling Inc’s Nick Hausman to discuss a potential match between ‘The Beast’ and current WWE Champion – Bobby Lashley. In addition, Apter made the stunning claim that Lesnar ‘chokes’ in big matches. Credit to SportsKeeda for the below.

Brock Lesnar ‘trashed’ this script with a former WWE star. Apter continued: “It’s something that will draw very well. I’m talking sports wise but there are a lot of big matches, I noticed, that Brock chokes. He doesn’t do as well as he should. What’s Paul Heyman going to do? I think that, at this point, Roman Reigns would probably be my focal point. I think Brock would come in and be like, ‘Hey, what do you need this guy for?’ Just a lot of different scenarios could go on.”