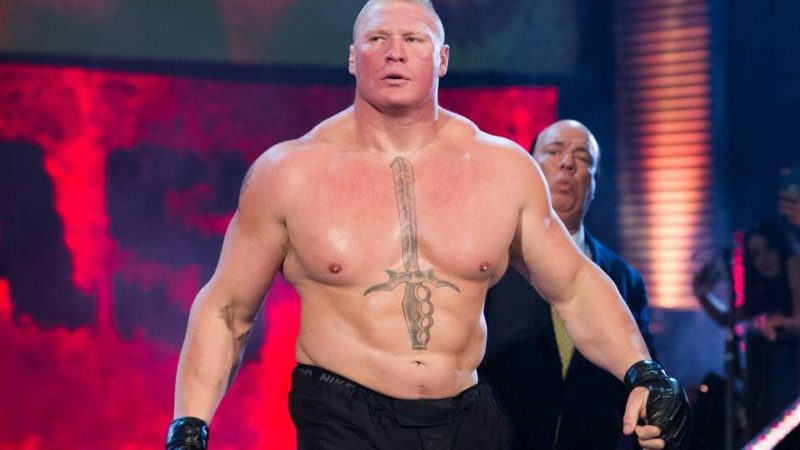 Brock Lesnar isn’t a new kid on the block or a rookie when it comes to big money matches. Whatever Brock wants, Brock gets. That’s just the way it is, like it or not. Brock even got away with throwing the WWE title at Vince McMahon and no one batted an eye! If that doesn’t tell you how much control the man has, I don’t know what will. Bray Wyatt ‘Missing’ From Raw In Photo.

On Twitter, a fan casually asked: “Would you fight Brock Lesnar for $1,000,000?” To no one’s surprise, the person who the tweet was target towards, Malcom Bevins, posted a picture of a man disfigured and beaten showing that the NXT brand manager would gladly accept the punishment from Lesnar for a cool $1,000,000 in the bank. Then again, wouldn’t we all?

For $1,000,000 I’ll take it with my eyes closed and hands tied behind my back. If anyone knows Brock, please tell him to have his people contact my people. I need some padding in my bank account.