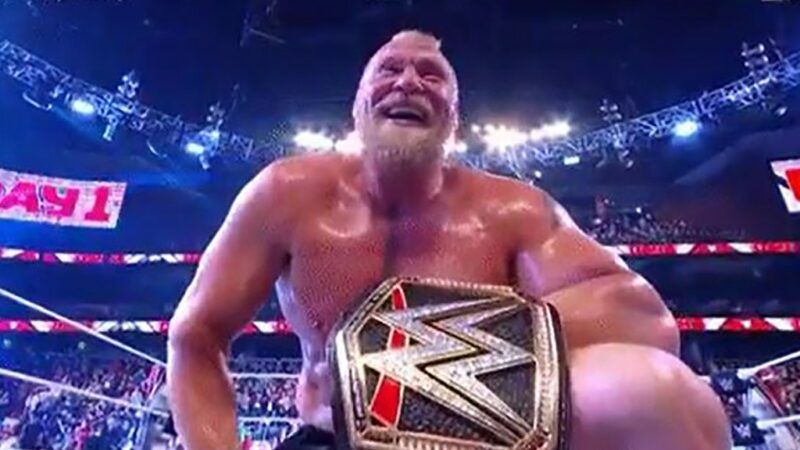 Brock Lesnar is currently the WWE Champion and he is a top star of the company. It is always a huge boost to have him on the premium live events. The company recently announced that Hell In a Cell Premium Live Event will take place on June 5 at the Allstate Arena in Chicago. Recently, a new promotional material has been revealed for the show but Lesnar was not featured in that.

Brock Lesnar not included for Hell In A Cell?

‘The Beast Incarnate’ has not been advertised for the show and it has come upon as quite a surprise. The pre-sale for Hell In a Cell is now going on via Ticketmaster with the “HIAC” passcode. The graphic for Hell In a Cell includes RAW Women’s Champion Becky Lynch, Seth Rollins, Bobby Lashley, Drew McIntyre, WWE Hall of Famer Edge, Ronda Rousey, Bianca Belair, and WWE Universal Champion Roman Reigns.

Lesnar is being advertised for the 2022 WWE Money In the Bank Premium Live Event, which will take place on Saturday, July 2 from Allegiant Stadium in Las Vegas. WWE Hell In A Cell event is several months away and many changes are expected till the time it takes place. There is a huge possibility that Lesnar will be added to the event at a later stage. But, it is quite unusual that Lesnar was not advertised for the event.

Lesnar and Reigns are scheduled to headline Night Two of WrestleMania 38 in a Winner Takes All Title Unification Match. WrestleMania 38 will take place on Saturday, April 2 and Sunday, April 3 from AT&T Stadium in Arlington, Texas.