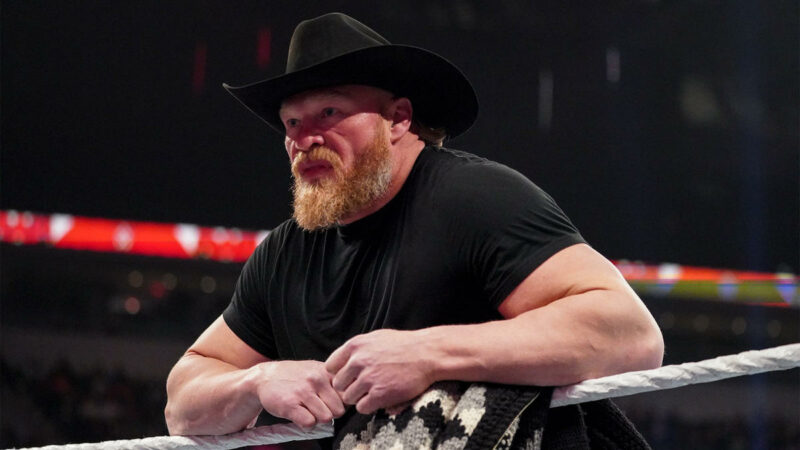 Brock Lesnar might return soon but is it with AEW star? The Royal Rumble Premium Live Event is one of the most exciting events in WWE. It is just a couple of months away, with chatter and buzz starting to grow. A lot of rumors are floating around, and that includes some fake indications.

Ringside News reported that they obtained a photo of alleged participants for the 2023 Men’s Royal Rumble match. Unfortunately, the document is fake.

Although WWE might know who is going to win the Royal Rumble in advance, the match is not written until a week before the show. Names like CM Punk, John Cena, Jay White, and Matt Cardona were mentioned on the list, and there are issues with a couple of those inclusions.

Jay White’s appearance in the Royal Rumble match is impossible since he is still under contract with NJPW. CM Punk is still under contract with AEW, but there are reports of an attempted buy-out of his deal. Matt Cardona is wrestling with multiple organizations, and he seems like the most likely of the bunch. The timing on the sheet is in hours and not minutes. Also at the bottom of the sheet, Brock Lesnar attacking CM Punk makes no sense, because they haven’t faced each other in years.

However, we will have to wait and see which stars make their return.