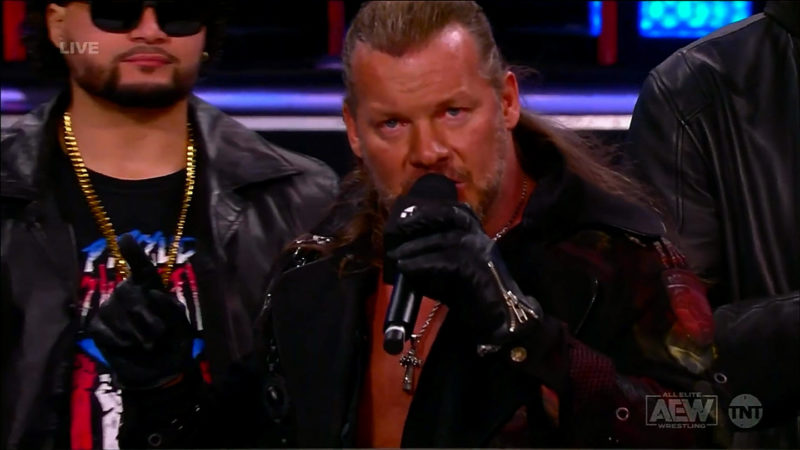 A fan named Trevor Dame pointed out on Twitter, “Jericho just f**ked up a line, saying Wardlow has ‘A million-dollar brain and a 13 cent body.’ If Wardlow’s body costs 13 cents, I will buy myself two Wardlow bodies.”

Jericho also claimed that MJF ripped off his scarf gimmick from WWE 5 years ago. He said he couldn’t tell FTR apart, and that people say Shawn Spears has potential, but he doesn’t see it. He said that Spears called him when he was fired by WWE looking for a job.

Jericho announced that The Inner Circle will face The Pinnacle in a Blood and Guts match on the May 5th episode of Dynamite ahead of Double or Nothing 2021.

The first Blood and Guts match was supposed to be The Inner Circle vs. The Elite in March 2020, but the pandemic canceled those plans, though they did have a Stadium Stampede match at Double or Nothing 2020. Jericho and The Inner Circle turned face after MJF turned on them, forming The Pinnacle. MJF beat Jericho at Full Gear 2020 to join The Inner Circle with Wardlow.

Jericho just fucked up a line, saying Wardlow has "A million-dollar brain and a 13 cent body". If Wardlow's body costs 13 cents, I will buy myself two Wardlow bodies.