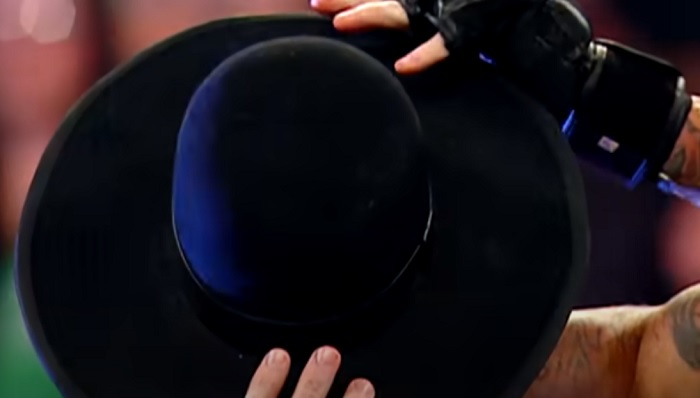 Chris Jericho recently spent some time talking about The Undertaker’s legacy during a recent interview with Sitting Ringside. During his appearance on the show, “Le Champion” spoke about 30 Years of The Deadman.

On the legacy of The Undertaker:

“Definitely behind the scenes – I call him the Fonz because he’s the epitome of cool. He’s also the epitome of a guy that when the time comes, he can lay the hammer down and get the respect and get things in order like the Fonz. Everybody respects the Undertaker. Guys like to consider themselves locker room leaders, and a lot of guys even claim to be locker room leaders. No real locker room leader says they’re the locker room leader – they just are, and everybody knows it. I don’t care if you’re JBL at the height of being a bully or Brock Lesnar or Triple H or whoever it is, the buck always stops with the Undertaker. He’s just a pleasure to be around. But in the ring, also one of the greatest characters of all time, and I’d put Kane in that category as well because they completely know who their characters are and what their gimmick is.”

On being in the ring during Undertaker’s legendary entrance:

“It’s one of those things when you’re standing in the ring and you hear what I call the Taco Bell Gong – you hear that and the lights are out, you really do get goosebumps. He comes to the ring very seriously, it’s no joke, and there’s no fucking around. Even to the point to when you watch him walk, he never turns his head – he only turns his whole body. He walks up the steps and then he stops and turns – it’s really committed to everything that he does. For a guy that big to work like he did and incorporate that character – ‘OK, you’re a deadman’ – in lesser hands, it could’ve been a one-and-done gimmick like a Mantaur or something like that. Instead, he ends of being one of the greatest characters – if not the greatest character – in WWE history. All those things are incorporated into what the Undertaker is, and it’s definitely an end of an era when he’s done and retired because you won’t see another guy like that. You can’t see another guy like that because times have changed so much.”

Check out the complete Sitting Ringside interview with Chris Jericho at Apple.com.