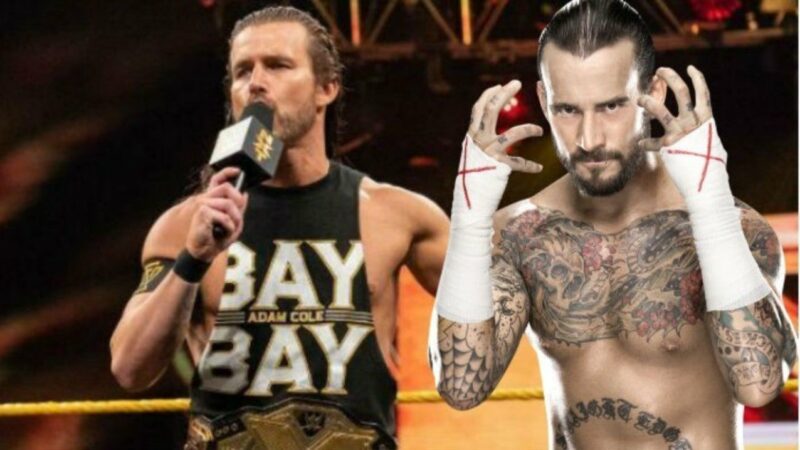 CM Punk just like many other stars has some rituals that he must go about before getting into the ring. Some stars do certain things to ensure that they are taken care of that night and don’t fall into an bad luck. Other stars like CM Punk are a bit more in-depth with their reasonings. One such reasoning that fans have pointed out for certain Punk rituals are to name the next stars that are coming to AEW. Could this truly be the case or is this just a CM Punk style urban legend made by the fans? Randy Orton AEW Text Messages Revealed.

CM Punk has a small ritual that he has been doing at AEW events. Punk stated that these rituals are handed down from greats such as Lebron James. What Punk does is write some seemingly random letters on his shoes. Fans picked up on this and made it into an analogy for stars that will be coming to AEW next. Four letters that have been seen on Punk’s shoes that caught fan’s attention were “AC” and “BW”.

Many fans felt that “AC” stood for Adam Cole and that “BW” stood for Bray Wyatt. Punk cleared the air on this, and it’s kind of a letdown.

Punk stated when asked about the initials on his shoes: “I stole this from LeBron James; a lot of basketball players will write messages on their shoes and stuff. I wrote “AC” on my shoes and “CF” on the other foot. AC is Always Chicago and CF is Chicago Forever.” Punk did not explain what “BW” meant. Also, “BD” was spotted on Punk’s shoes as well. So, we know what “AC” stands for but could the other two mean Bray Wyatt and Bryan Danielson?