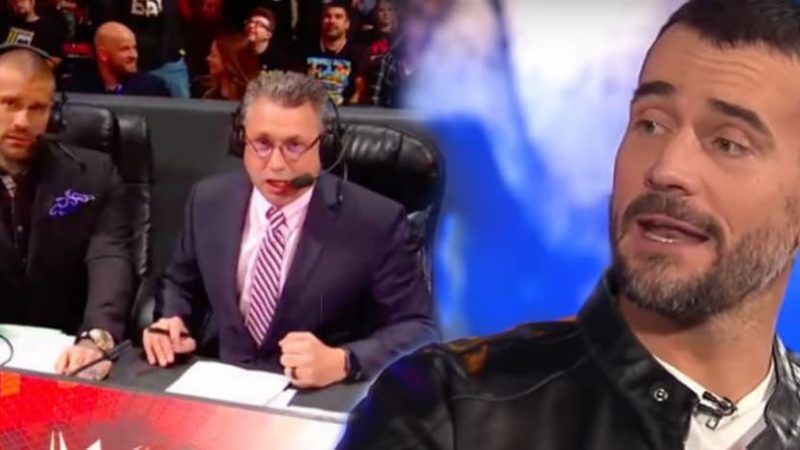 CM Punk’s appearances on WWE Backstage have been well received by the fans and the show always experiences a ratings bump whenever he’s on. However, the former WWE Champion and WWE still have a long way to go until their relationship is completely resolved.

While promoting WWE Backstage, the WWE announcers avoid using CM Punk’s name, possibly on the orders of the powers that be. This has been noticed by Punk himself, who took it to his Twitter handle to take shots at the SmackDown announcers.

Punk called the announcers “petty” and that he’d still be making an appearance on Backstage even if they don’t mention his name. Punk’s original tweet was deleted due to a typo but he still went on to repeat himself in another tweet, complaining about there not being an edit button on Twitter.

CM Punk will be appearing on this week’s WWE Backstage that will also feature Charlotte Flair as a special guest.