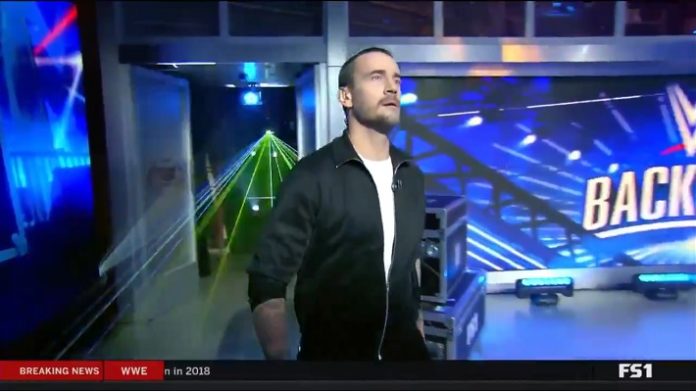 CM Punk made an appearance at WWE Backstage and surprised everyone, including those on the show except Renee Young. She apparently knew of his appearance beforehand. Punk simply said that he will be back next week on WWE Backstage.

According to PW Insider, CM Punk has signed a deal with FOX and not WWE. However, that can change at any time. Regarding Punk’s appearance on the show, it will be a regular occurrence, but it will not be weekly.

Punk will be appearing regularly on WWE Backstage going forward, but will not be on every week we are told.

With WWE Backstage not getting many viewers so far, it is likely Punk’s addition to the show will help increase the number of viewers significantly. We will get to know on next week’s show.