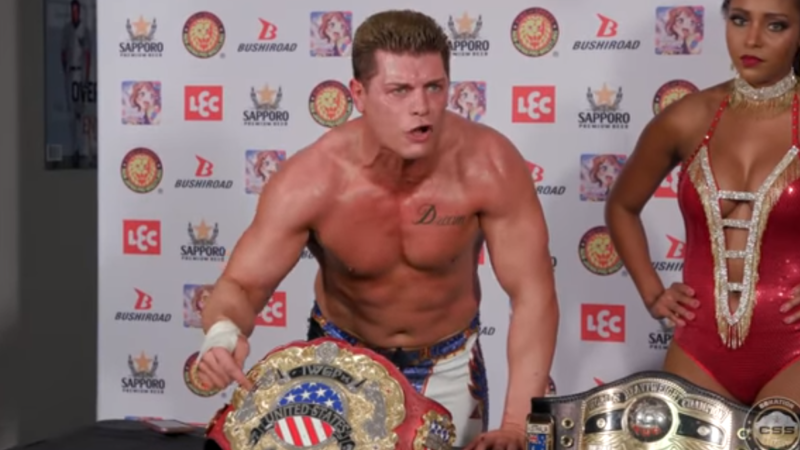 After the success of All In, ROH had announced that they will be running Madison Square Garden on the same weekend as WrestleMania and their plan seems to be working out as the event has already been sold out.


However, things have developed a lot since then and the big question now is which one of the stars that made All In a success will actually be there for this super show.

We know that Cody won’t be there and explaining the reason for his refusal to work the show in a recent interview with Sport Illustrated, the IWGP US Champion said that he is leaving the weekend for WWE:

“It would take a lot for me to be part of the Garden show. I’ve had some special moments in the Garden. Survivor Series was a highlight of my career, my first Rumble, moonsaulting off the cage onto Cesaro. I have a massive amount of respect for Joe Koff and [GM] Greg Gilleland. My exclusivity with Ring of Honor ended a while back and they’ve maintained everything on a handshake deal. I think Greg is a revolutionary in how he allows talent to play with without overproducing. But I can’t imagine me being on that particular show.

After two ‘Supercards’ and breaking my back essentially against Kenny last year, it still can’t change the fact that people are in town for WWE. ROH and NJPW sold that building out and that is massive and special and I love that they did it, but had they did it on another weekend, I’d be more likely to be featured on it. After 10 years with WWE doing ’Mania weekend and two more with ROH, I am leaving that weekend for the boys and girls of the WWE.”

If anything, this answer from Cody Rhodes makes us believe even more that he is involved with the process of providing an alternative to WWE and he is part of the plans for the rumored wrestling promotion expected to be announced in January.