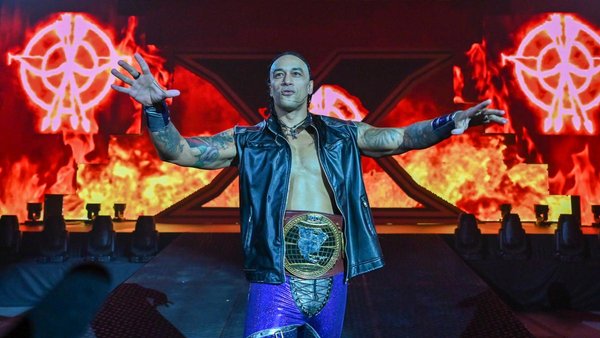 At NXT Halloween Havoc, Damian Priest will defend the NXT North American Championship against Johnny Gargano. Though they’ve faced off before, this time a special stipulation will be added to the match.

It was revealed last week that “Spin the Wheel, Make a Deal” will be returning. During WWE’s The Bump, Damian Priest spoke about what stipulation he’s hoping for when he goes to war with Johnny Wrestling.

As champion, I'm going to rip Johnny apart so bad that hopefully it'll be the last time we see his stupid face in #WWENXT https://t.co/54zuqtJkqw

“I saw some options on the wheel, and I’ll be honest, I was intrigued by ‘Buried Alive.’ When I saw that, I thought, ‘Man, I’d like to bury him alive.’ I thought about others like the ‘Boiler Room’ one. But the one that stood out to me the most was the ‘Inferno’ match. I was like, ‘Hm, I could set little Johnny on fire.'”

.@ShotziWWE can't wait to SPIN THE WHEEL at #WWENXT #HalloweenHavoc!

Damian Priest has already beaten Johnny Gargano before and expects the same outcome next week.