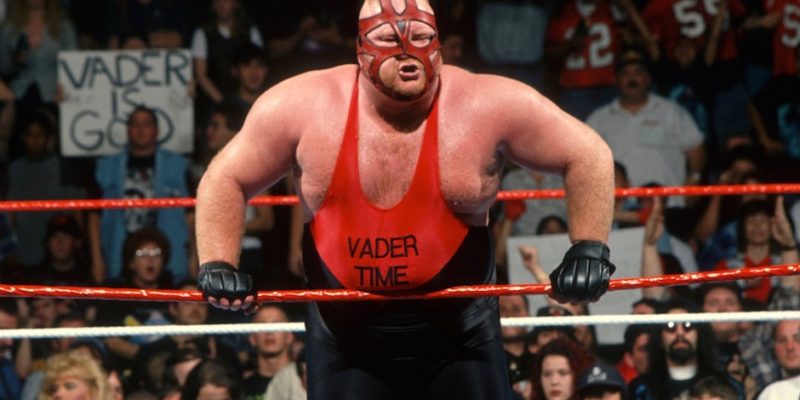 As noted before, Leon White aka “Big Van Vader” passed away on June 18 at age 63. Vader was suffering from a number of health problems, he was diagnosed with heart failure and went through heart surgeries as recently as last month.

Vader was hospitalized for pneumonia and was reported to be recovering. But his son broke news on Twitter this week that he died from heart failure.

Steve Austin on the recent episode of his podcast The Steve Austin Show discussed Vader’s career in detail and revealed that there was someone other than Leon White originally picked for the Vader gimmick.

“I think, if memory serves me correct, I think they originally wanted to give that gimmick to the Ultimate Warrior who I think passed it up,” said Austin. Despite the original idea, Austin feels that no other person would have served it justice, and it “ended up with the right man at the right time, because I don’t think anybody else could have pulled that gimmick like Leon did with his work style, with his athleticism. It was a parallel along with the first time I saw the Road Warriors.”

Check out the podcast here. Quotes via WrestlingInc.