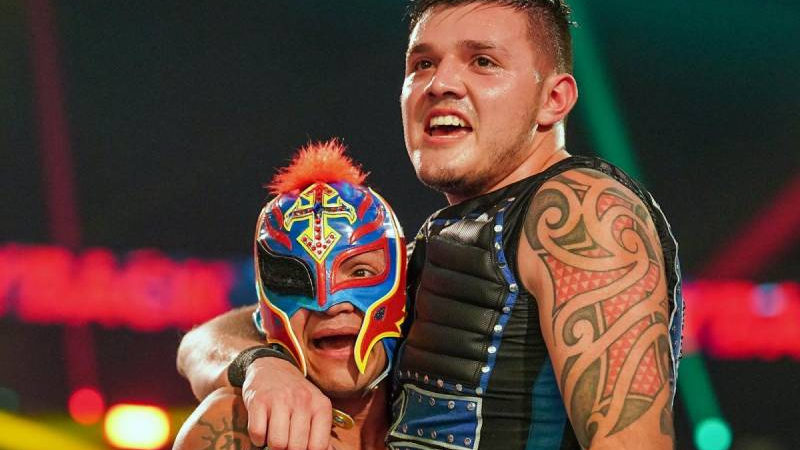 WWE Hall of Famer Ric Flair recently had his last match at Starrcast V presented ‘Ric Flair’s Last Match.’ Flair took to the stage in the main event alongside his son-in-law, Andrade El Idolo as the duo took on the team of Jeff Jarrett and Jay Lethal. He was a bloody mess after the match and the WWE legend’s retirement match was a star-studded affair as many icons such as The Undertaker, Bret Hart, and Mick Foley were in attendance. Fans are wondering if more stars will follow the same path as that of Flair.

According to PW Insider, both Rey and Dominik Mysterio were in the arena. Other notable names included Michael Hayes, Shane Helms, Mojo Rawley, Jimmy Valiant, Mickie James, Dennos Condrey, The Nasty Boys, Rikishi, Miro and his wife Lana. Ric Flair took some scary bumps, but managed to win the match in the end. The bout featured brass knuckles and several other twists before Flair locked in the Figure Four on Jeff Jarrett for the victory as the crowd went wild. After the match, Flair was presented the Big Gold Belt.

The match saw some risky spots. It seemed Flair was not willing to do a move. While speaking on Wrestling Observer Radio, Dave Meltzer noted that Ric Flair chose not to do a superplex after Jay Lethal hit him with a vertical suplex. Bryan Alvarez then noted that after the match, Ric Flair mouthed to Andrade El Idolo “I blacked out.” Hopefully, things are okay for him in the long term.