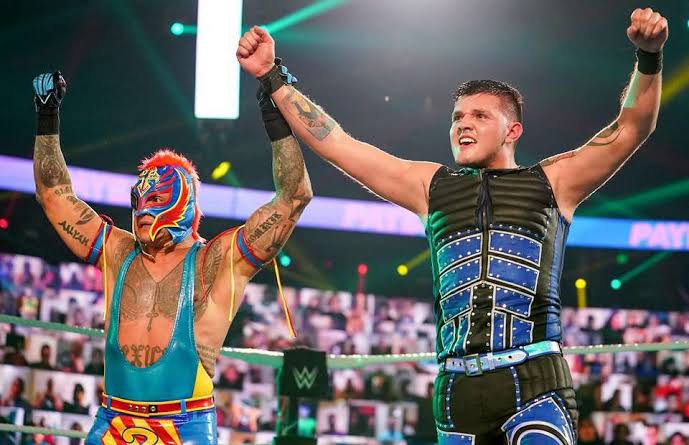 Dominik Mysterio, the son of WWE legend Rey Mysterio has impressed the fans lately with his quality of wrestling. ‘The heir to the 619’ have spilled the beans on wearing a mask.

Dominik Mysterio currently wrestles without wearing a mask unlike his father, Rey Mysterio. He has recently opened up on his future plans of working on his character in WWE during an interview with Chris Van Vliet.

With the ongoing talks, WWE Universe could be witnessing the youngster wearing a mask.

“There’s still talks about it. So, we would like to eventually get into the tradition of lucha libra, which would be putting the mask on me and taking on the name, but I think that’s all down the line in the future. But now everyone kind of knows my face and what I look like and the idea of wearing a mask is to hide your identity to be able to go out to places and stuff like that. But I think I could find a unique way of bringing the mask into my character.”

On potential name of the character:

“I don’t know. We have thoughts. Well, my long goal would be ‘Prince Mysterio’ for me, since ‘Rey’ in Spanish is ‘king.’ So, for my character to be Prince Mysterio. But, I don’t know, we’ll see where it goes.”

The 23-year-old has showcased a remarkable performance while clashing with Seth Rollins and Murphy in the past. He has inherited the amazing style and quality from his father, Rey and it seems he has a bright future ahead of him.