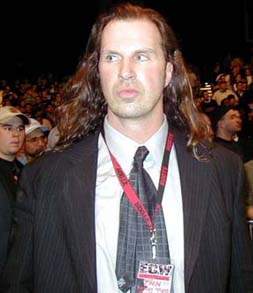 Impact Wrestling Executive Vice President Don Callis spoke to Busted Open Radio on a number of topics. He gave his opinion on wrestlers like Tessa Blanchard, Eli Drake and also revealed who he is emotionally invested in as a fan. Here are some transcribed highlights from the interview, via SEScoops:

“Love her. I just think she’s… I’m not even going to say she’s a great Knockout but she’s a great wrestler. It’s always those gender issues with respect to wrestling. It’s the man’s match, the woman’s match. Sometimes when you start talking about matches in the context of just ‘No, that was my favourite match’ and I had that back in the day when Gail Kim and Awesome Kong were working together. That was my favourite match, not just my favourite Knockouts match, that was just my favourite match of the night. And I think Tessa has the potential to be one of those transformational performers where it’s not about Knockouts match, non-Knockouts match, it’s just about her being a great wrestler. I like everything about her. She’s just so polished, she’s got a great mean streak and she’s got something that’s rare in the business, she’s got a fifth gear that she could kick into.”

“I remember talking to Paul Heyman one night at a Denny’s, and Bully may have even been there for this one. And I remember I didn’t get a lot of time with Paul because I was always flying in for a couple of days and flying out, and I just had the sense, ‘I need to pick this guy’s brain, he’s such a resource’ and I remember saying to him, ‘Who’s the greatest… you know we’re talking about managers, I think Bobby Heenan and Jim Cornette are the two greatest managers of all time’ and he looked at me and he went, ‘Yeah?’, I go, ‘You don’t think so?’ and he goes, ‘Well the problem with those two is they’re too entertaining. So how are they heels?’. And Bobby Heenan was arguably one of the most talented people ever in the business, and I thought about that and I thought, ‘Yeah’. And I think that with Eli.”

“To use a baseball analogy, he’s a five tool player. But one of the things about Eli and I’ve said this to him, ‘You’re so damn entertaining on the mic that it’s easy for guys like that to slide into becoming a babyface. So it’s almost like you’re so good that maybe you need to be not quite that good and not quite that entertaining.’”

On who he is emotionally invested in as a fan:

“I’m pretty emotionally invested as a fan in Brian Cage and what’s gonna happen with Brian Cage. I think we’ve just really scratched the surface of establishing him as a monster and people always say Goldberg and at the start of this, my reference in booking meetings was always 911. I was like, ‘This is how we need to bring this guy out. It needs to be a slow build etc.’ So I think what’s really interesting to me as a wrestling fan is I want to get to know more about Brian Cage. We’ve seen him destroy people, we’ve seen he’s not just a big muscle guy, now we’ve seen him flying around with the best of them. I want to get to know Brian Cage the personality, ’cause he hasn’t talked yet. And I think that makes him for me as a fan, those are the guys that I was always like, ‘I wanna know more about what’s going on behind the curtain here’.”

“That would be a guy I would be invested in and on the Knockout’s side, how can you not as a fan be fascinated by Su Yung. The look that she has, the presence, the stuff that she does, very Muta-esque, and I was a big Muta mark back in the day. So those would be the two if I were watching the product that I’d go, ‘I need to see more of this’.”