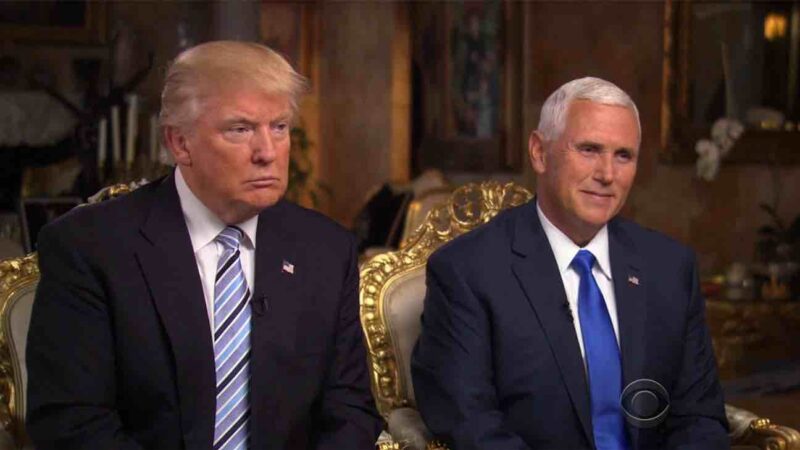 It’s chaos and mayhem and it’s abound. Not exclusive to the world of combat sports, politics have now entered the proverbial arena of gladiators. Donald J. Trump, the former President of the United States has publicly stated that Pence, his former vice president, is an innocent man.

As per The Hill, Former President Trump called former Vice President Mike Pence “an innocent man” on Tuesday following revelations that classified documents were found at Pence’s home in Indiana. As we all know, many politicians are getting raided recently.

“Mike Pence is an innocent man. He never did anything knowingly dishonest in his life. Leave him alone!!!” Trump wrote on his Truth Social platform.

Earlier on Tuesday, revelations emerged that classified documents had been found at Pence’s Indiana home. Pence attorney Greg Jacob told the National Archives earlier this month that “a small number of documents that could potentially contain sensitive or classified information interspersed throughout the records” had been found in his home and that those documents were later collected by the FBI after the findings were reported to the National Archives.

CNN, which first reported the news, noted that Pence had requested the search out of an abundance of caution following separate revelations that classified documents had been found at President Biden’s residence and former office, according to sources that spoke to CNN. The network reported that the discovery was made known on Tuesday to the necessary committees and lawmakers.

The revelations come as Pence is weighing running for president in 2024. Though it remains too early to say whether the discovery of classified documents in his Carmel, Ind., home could impact possible presidential ambitions, it complicates how Republicans are looking to capitalize on Biden’s own classified document dealings.