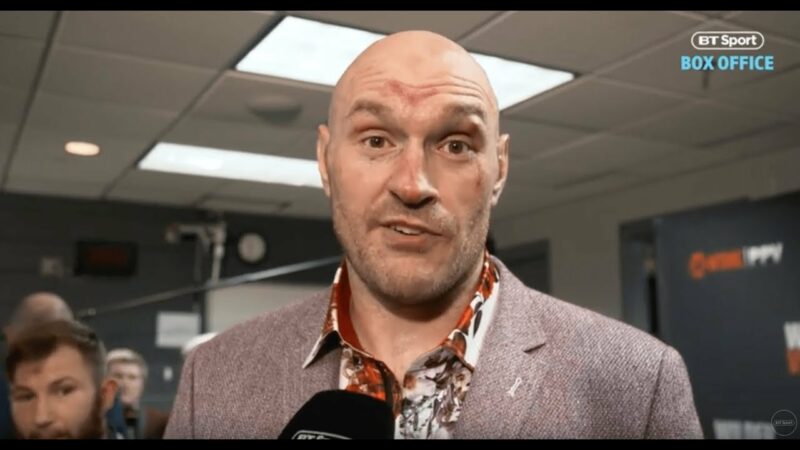 Donald Trump praised Tyson Fury and Deontay Wilder while commentating at Triller Fight Club on Saturday. Many aren’t aware of this, but the former president is a huge boxing fan. In fact, he knows what he is talking about when it comes to the sport as he is an avid fan. Donald Trump has been to and bet on many fights in his day, and he still follows the modern version of the sport today as we saw when he spoke about Deontay Wilder and Tyson Fury recently. Anderson Silva Drops Tito Ortiz Girlfriend Bombshell.

The first comment that Donald made was different than what one would expect. This seemed a bit out of left field at first as he stated: “That’s not a body type for a fighter it wouldn’t seem.”

Donald Trump then picked up the pieces as he said: “Fury is a really good fighter. There was a fight [Fury vs. Deontay Wilder], Tyson Fury, where people were shocked [he won]. Deontay was the most perfect physical specimen.”

Donald Trump closed: “I thought Fury was out, and at 9 he was just up.”