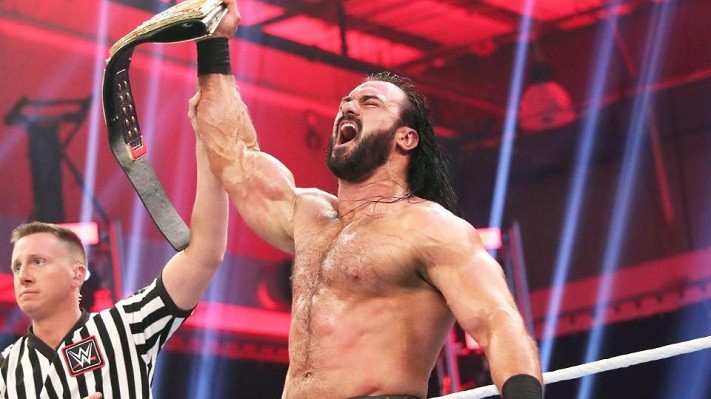 Drew McIntyre defeated Brock Lesnar to become the new WWE Champion at one of the most bizarre WrestleManias of all time with no audience.

After the show, the New Champion had an interview with BBC where he talked about things like the company possibly holding a PPV in UK and more.

Talking about the Show Of Shows with no audience, McIntyre said that it was a choice between this and not doing the show at all and he is glad that they chose the first option:

“Overall, if it was a choice between this and not doing it at all, I’m glad they did it. But it did make me realise that the crowd is what makes wrestling. The ring matches kind of looked like the tutorial mode of a wrestling video game.”

The former NXT champion also commented on the cinematic matches on the show which received praise from the fans and said that they were brilliant:

“The cinematic matches were brilliant. They were the most cheesy, corny, B-Movie stuff you could ask for. It was funny and completely unrealistic – and that’s what wrestling is all about! So it’s been a weird weekend but definitely worth staying up for.”