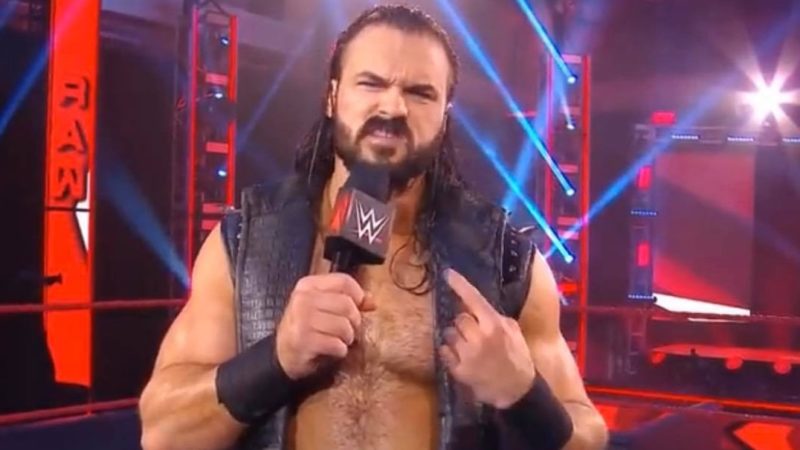 Drew McIntyre is currently reigning supreme on Monday Nights on RAW. The WWE Champion is currently in a feud with Randy Orton who he will face at SummerSlam on August 23rd.

It’s been a while since WWE last conducted their Draft/Superstar Shake-up. In an interview with Comicbook.com, McIntyre listed out the SmackDown Superstars he would like to see drafted to RAW during the Draft.

The Scottish Psychopath listed the likes of Braun Strowman and Cesaro as his top picks. He then went on to pick Sheamus because of their real-life friendship and the potential for a feud between them.

There’s a few guys. Like, Cesaro is on my list of never had a match ever. I’d love to have a big match with him. Braun Strowman and I have never had a big, significant singles match. I think that could be interesting. It’s not so often you pay and you see two larger than life superstars going at it, but two that can actually move around I think would make for a very interesting match-up.

“It would be Sheamus over there. Him and I go way back to when I was about 18, 19 years old, he was about 43. He was a little bit older (laughs). We’ve got that big brother, little brother relationship. We both get signed in the same day, came to America together, developmental together. The night I won the IC title, he won the heavyweight title. Obviously his career ascended from there, mine went on the down slope until I got fired. I returned, he’d come down a little bit and then I exploded into the main event scene while he’s still trying to find his way back there. I think there’s a very interesting jealous older brother with little brother storyline that’s got a lot of real footage, a lot of real depth that fans would get behind, especially Scotland versus Ireland beating the crap out of each other. That would be great. We could definitely do that one in the bar again.

As of late, rumors of a brand new WWE Draft are making rounds on the internet.

Which Superstars do you have in your Draft Wishlist? Comment them below.