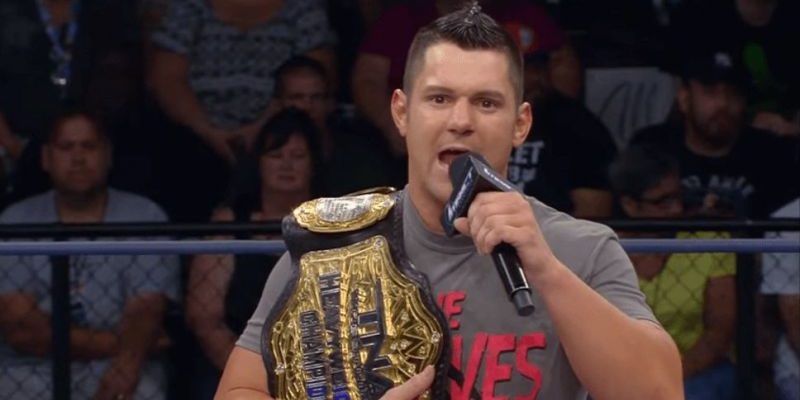 One of the top guys in Impact Wrestling, Eddie Edwards, has signed a long term deal with the company. The announcement was made live on Twitter earlier today.

Josh Mathews broke the news with Edwards right next to him, congratulating him on the deal. Edwards, a former World Champion, has had a pretty incredible run with the company, becoming Impact’s eighth Grand Slam Champion, and over the past few years has been firmly planted in the upper-mid card when out of title contention.

Edwards made a big splash for the company last year when Sami Callihan accidentally cracked a bat across his face, leading to one of the biggest angles in the company’s history since the Broken Universe of Matt Hardy.

Edwards said that Impact was his home, and he wanted to help take them to the next level. He recently began a program with Eli Drake, who has been trying to help Edwards shed his Hardcore persona to bring back the “Old Eddie Edwards.”

Mathews said that there’d be another announcement of a signing on February 17th.