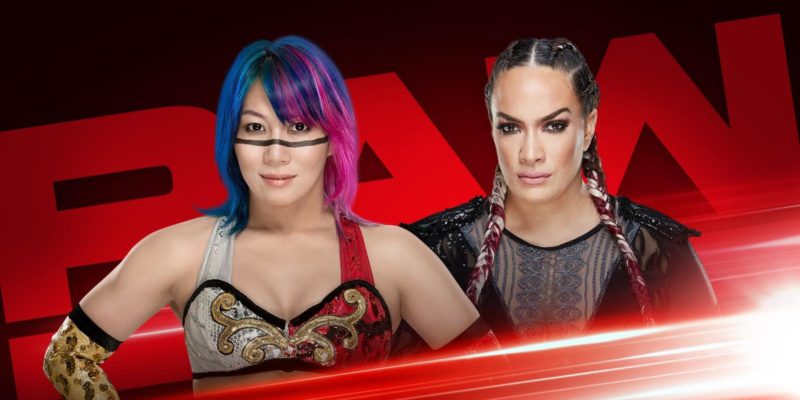 WWE has confirmed that the former NXT Champion Asuka will be facing Nia Jax in an Elimination Chamber rematch during tonight’s episode of Raw.

Asuka had come out victorious in their last encounter at the Elimination Chamber PPV but Nia was the one who got the last laugh after she beat down the former Champion following their match.

Though since Asuka is the winner of the 2018 Royal Rumble, it’s not likely that WWE will make her look weak before WrestleMania 34 and it’s possible that she will end up winning her bout at the show.

Apart from this match, Ronda Rousey’s appearance is also confirmed for tonight’s Raw but what she will be doing at the event is not confirmed.

As we noted before, while the former NXT Star hasn’t officially announced who she will be facing at the Show of Shows this year, according to reports Alexa Bliss will be her opponent on the event.