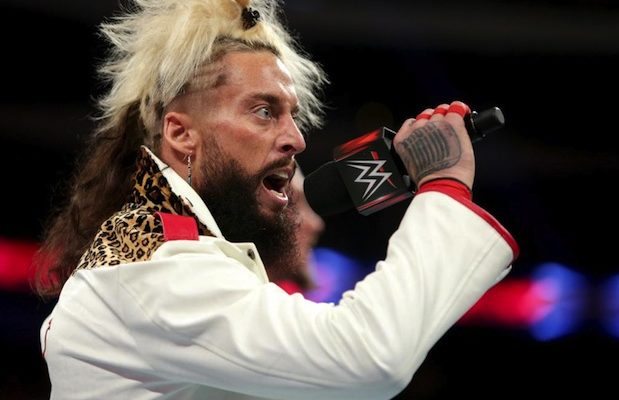 Could the Cruiserweight Title match be put on hold tonight?

Jersey’s Finest seems to be the next WWE superstar to fall ill in the past few months. Recently it was reported that the “Monster Among Men” Braun Strowman was sent home with an “unknown sickness” which was eventually revealed to be the flu. It looks like the cruiserweight champion has also been bitten by the flu bug, as Amore is currently receiving treatment at Jackson Memorial Hospital in Miami, Florida.

The champ is scheduled to defend his title against number one contender Cedric Alexander tonight, but it looks like the match could be in jeopardy. While it’s not abnormal for WWE talent to work sick or injured, Amore could miss Raw tonight if he’s not cleared by doctors, forcing the cruiserweight division to once again change plans at the last second.