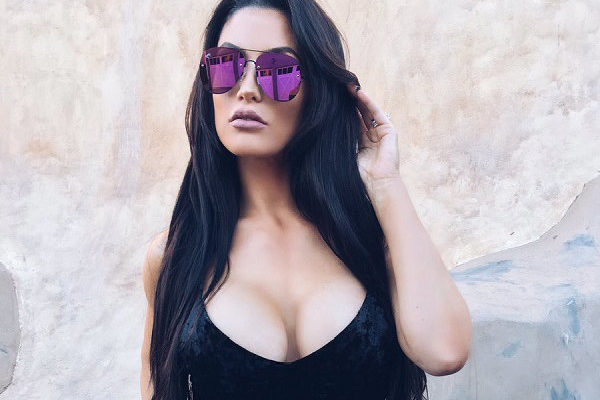 It has been reported multiple times previously that ‘All Red Everything’ Eva Marie is done with WWE for now and she has no plans of returning to the company anytime soon.

We also noted how WWE reportedly recycled the plans they originally had for her and put Lana in her place, which is a sign that the company is not very hopeful regarding Marie returning to WWE.

Though it appears that the WWE Star herself does not believe that she is done with wrestling. In a recent interview with Wrestling Observer Live, she claimed that she has not parted ways with WWE yet.

Eva confirmed that she is not going to be a full-time member of WWE roster due to her other projects, but said that we may still see her appearing on a random Raw or SmackDown episode in future:

“Of course, I love WWE. So, are you going to see me on TV as of late? Not so much. But will I possibly show up at some random Monday Night Raw, Smackdown Live, and go snatch that title? You never know, I am ‘Miss All Red Everything’. So anything is possible, but for the time being, I definitely have some projects coming up that don’t allow me to be on the road as much as you need to be when you are a full-time WWE talent.”

While this interview does not necessarily mean that Eva Marie would return to WWE sometimes in future, it does clear that she is keeping the door open for a WWE return.